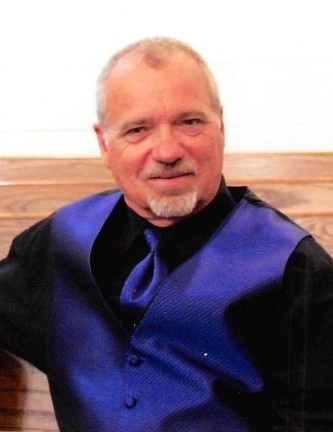 Jim was born in Breckenridge, MN, on February 22, 1959, to Merwin and Annabel (Burhans) Petersen. He grew up and attended school in Breckenridge. After graduating from Breckenridge High School in 1977, he helped his father’s custom combining business for a couple of years. Following this experience, he enjoyed working for Jim Klein Farms from 1979 to 1992. On December 28, 1990, Jim was united in marriage to Judy Barth in Breckenridge. After working on the Klein farm, Jim worked as a mechanic and heavy equipment operator for Minn-Dak, Wahpeton, until his passing.

Jim was deeply loved by many; he was a hard worker who never left a job unfinished, and always had a story or funny joke to share. In his spare time, Jim enjoyed tinkering on cars and riding his motorcycle. Jim had a love/hate relationship with the Minnesota Vikings. As an avid outdoorsman, he took every opportunity to spend time fishing, bow hunting, and golfing with his friends and family. Jim’s love was unconditional, his kindness and generosity will be remembered by all who had the pleasure of knowing him.

He was preceded in death by his nephew, Michael Cremers.

To order memorial trees or send flowers to the family in memory of Jim Petersen, please visit our flower store.