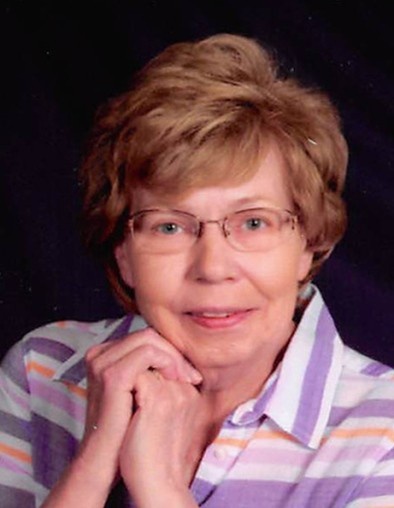 JoAnn Elenor Walter was born in Great Bend, ND, on December 9, 1941 to LaVola (Deike) and James Walter. She attended grade school in Great Bend and continued on to high school in Wahpeton, graduating in 1959. Shortly after graduating, JoAnn met the love of her life and was united in marriage to Arven Meyer on August 3, 1959 at the United Methodist Church in Great Bend They made their home in Breckenridge, MN and began building a beautiful life for their family.

JoAnn had a heart for her community and desire to work closely with people; this radiated throughout her careers with Pamida Department Store, Sturdevant’s Auto Parts and most recently, Breckenridge Public Schools. She was recognized and loved by her colleagues and especially the children at the Breckenridge public school. Those students were drawn to JoAnn like bees are to flowers, and they enjoyed her big heart and genuine concern. JoAnn made sure if she was visited in the kitchen, no one left with an empty stomach. Later, JoAnn and Arven extended their love and family to the foster community and fostered several children over the years. Her gracious heart knew no bounds. She was loved by all and those who knew her understood she was always willing to listen; her door was always open. Over the years, as their children grew up, she enjoyed spending her time traveling to the lakes and particularly enjoyed traveling to the east coast to visit her son, Bobby. When she wasn’t traveling, she enjoyed the occasional visit to the casino but her love for her family and friends consumed her life. She was overjoyed with watching her grandchildren in all of their endeavors. She was a devoted wife, a loving mother, and a gracious friend.

To order memorial trees or send flowers to the family in memory of JoAnn Meyer, please visit our flower store.