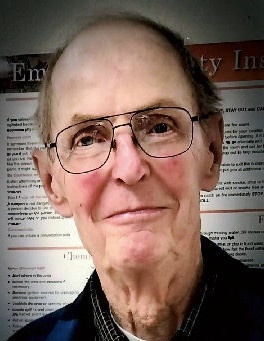 John James Wanek, age 86, of Breckenridge, MN, passed away on Wednesday, July 20, 2022, at the Leach Home in Wahpeton, ND. A private, family graveside service will be held in the coming days at St. Mary’s Catholic Cemetery in Breckenridge. Father Leo Moenkedick will be officiating the services. In lieu of flowers, the family kindly requests all memorials to be mailed to Joseph Vertin and Sons Funeral Home, Breckenridge. Arrangements have been entrusted to Joseph Vertin and Sons Funeral Home.

John was born in Breckenridge on April 19, 1936, to Fredrick and Rose (Hestra) Wanek. He grew up in Breckenridge and he divided his time between school and driving tractors for local farmers. He and his siblings worked together during their adolescent years by chopping firewood in preparation for the winter months, as they got older, John and Leonard worked efficiently together building houses in the community. Following his graduation from Breckenridge High School, he joined the Army National Guard for a number of years.

A dedicated man with an incredible work ethic, John excelled in each career he took on including, Howard Thompson, BMW fleet, and Wholesale Hardware where he specialized in selling guns and plumbing supplies, and finally Farm City. On October 7, 1961, John was united in marriage to Joyce Haug in Wahpeton, ND. They made their home there and were married for 27 years before Joyce went to be with the Lord on October 26, 1988.

John was blessed to meet Sue Ann Robertson in 1991 and the two began dating. The couple were married in November of 1993 and made their home in Breckenridge, MN. Early in their marriage, they made several trips to Loon Lake near Frazee, MN, where they had a seasonal lake place and made memories fishing there. They enjoyed traveling to Florida, escaping the cold winter months for sunshine and sandy beaches for the last 25 years. John and Sue often perused rummage sales and antique shops where John kept a special eye out for anything related to Mickey Mouse to surprise Sue. He was that kind of man, always looking for an opportunity to bless others. He would often recondition bicycles and worked on many vehicle projects teaching his son, Dave, useful skills along the way. John could often be found snacking on his favorite treat, popcorn.

John was a member of the Lion’s Club and volunteered as much time as he could to the community.

To order memorial trees or send flowers to the family in memory of John Wanek, please visit our flower store.