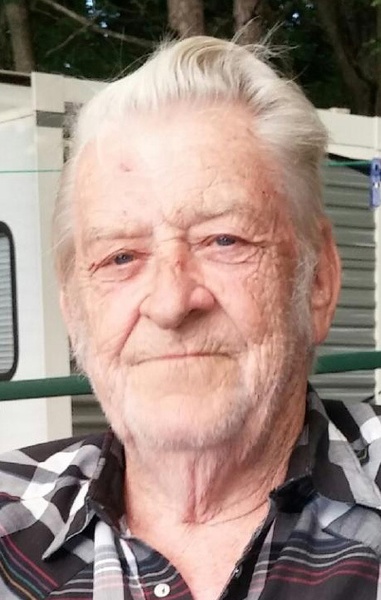 Joseph Fayette Jipson, 73, of Breckenridge, MN, passed away suddenly at his home, on Wednesday, August 12, 2015. The visitation will be at Joseph Vertin & Sons Funeral Home in Breckenridge, on Monday, August 17, from 10:00 to 11:00 AM, followed by the funeral at 11:00. Pastor Lynn Dau will be officiating.
Joe was born on January 17, 1942, to Norman and Esther (Root) Jipson in Sutherland, Iowa. In 1943, the family moved to the Graceville/Clinton, MN area, where he attended school and graduated in 1960. Joe attended two years at Mt. Hood Community College as a communications major. He then entered US Army in 1962 and later joined the US Navy where he served on a radar station ship, the USS Picket. Joe was honorably discharged from the Navy in 1965. In the few years following his military service, Joe was blessed with three children. He tried his hand at various vocations but truck driving captured his passion for the road. In the early 70's, he began a thirty nine year career as an over- the- road truck driver. Then in 1985, he met the love of his life over a CB radio, the 1980's version of on-line dating. Terry Landers of Bluffton, IN, became Joe's bride on October 28, 1987 in Portland, OR. They lived in Portland for two years then moved to Breckenridge. In 1998, they moved to a farm near Kent, MN, where they rescued animals, including horses and geese. Shortly after his retirement in 2009, Joe and Terry moved back into Breckenridge, where they have since resided. Joe was an active, lifetime member of the VFW.
Joe had a big personality with the gift of gab. He was a great story teller and made friends very easily. He treasured his family and the retreat of reading a good book. He loved the outdoors and looked forward to hunting and fishing, and spending time at their lake place. Joe was passionate about trucking and even after retiring, he remained a driver during beet harvest. His grandchildren were his pride and joy.
Joe is survived by his wife of 27 years, Terry of Breckenridge; his children, Arthur (Tracey) of Dayton, OH, Rhonda Clairbout of West Fargo, ND, Robert Jipson of OH, Stephanie (James) Kast of Wahpeton, ND, Bethany (Adam) Roob of Sartell, MN, Phillip Smith of Wahpeton, ND, Anthony Smith of Huntington, Indiana, Brian Smith of Airville, PA, and Danny Smith of Springfield, Arkansas; his 19 grandchildren; his brother, Raymond Jipson of Portland, OR; his sisters, Mildred Mohrman, Linda (Cliff) Hatlestad, and Marian (Randy) Wenz, all of Morris, MN; his sisters-in-law, Mary Jipson of Morris, MN and Marie (Jim) Clement of Breckenridge; and many nieces, nephews, and cousins. He was preceded in death by his parents, Norman and Esther; his brothers, Donald and Marvin; and a baby boy in infancy.
To order memorial trees or send flowers to the family in memory of Joseph Jipson, please visit our flower store.