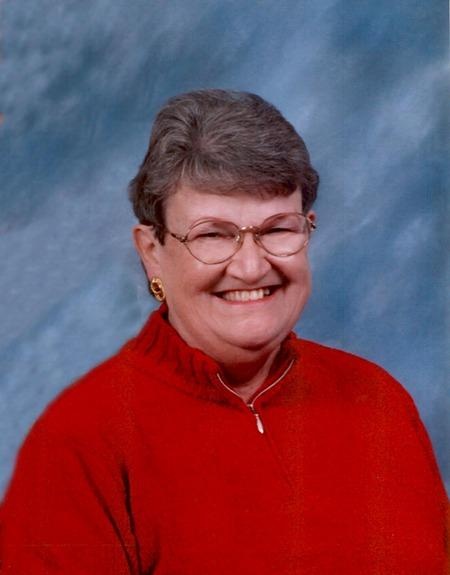 Joyce M. Fuder, 67 of Breckenridge, MN passed away on Thursday, June 30, 2011 at St. Francis Nursing Home surrounded by her family. The funeral is on Tuesday, July 5, 2011 at 2:00 pm at Breckenridge Lutheran Church with Pastor Mark Manning officiating. The visitation is one hour prior to the funeral from 1:00 to 2:00 pm at the church. Interment is at Riverside Cemetery, Breckenridge, MN.
Joyce was born to Clair and Ellen (Lund) Fletcher in Breckenridge, MN on December 20, 1943. She grew up and attended schools in Breckenridge. After graduating high school in 1961, she went on to attend NDSSS majoring in Secretarial studies and graduating in 1963. Her first job out of college was working for the Breckenridge School District. Joyce was united in marriage to Lynn Fuder on June 26, 1965 at Breckenridge Lutheran Church. In 1979 she began employment with Sigco Research and Mycogen. She became the secretary at Breckenridge Lutheran Church in 1995 and remained there until her retirement in 2004. Joyce was a life time member of the Breckenridge Lutheran Church.
Joyce's hobbies included quilting, sewing, working at the computer, traveling and going to the casino. She treasured the time spent with her family and especially her grandchildren.
Joyce is survived by her husband Lynn Fuder of Breckenridge, MN; her son Brian Fuder and special friend Rochelle Roesler of Breckenridge, MN; her grandchildren Melissa, Sarah, Jacob and Nathan Fuder all of Breckenridge, MN; her sisters Theresa "Jean" Ruddy of San Bonito, TX; Annie Lundgren of Palm Springs, CA; Brenda Fletcher (Duane Davis) of Walhalla, ND and many nieces and nephews.
Joyce is preceded in death by her parents Clair and Ellen Fletcher; her infant daughter Lisa Diane Fuder; her sisters Betty Baker and Eleanor "Toots" Conzemius.
To order memorial trees or send flowers to the family in memory of Joyce Fuder, please visit our flower store.