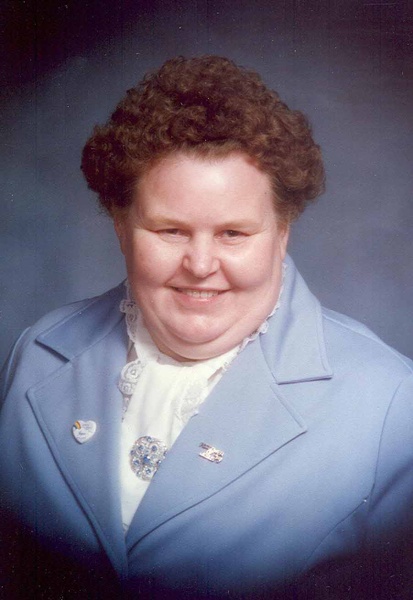 Visitation will be Friday, February 1, 2008 beginning at 12:00 noon until the time of the funeral at the funeral home. Interment will be at Zion Cemetery, Rural Cando, ND.

She is preceded in death by: Her husband: Cecil H. McCahan; Her parents: Sam and Anna Wiertzema; and Her brother: Myron Wiertzema

Joyce Elaine Wiertzema was born April 20, 1936 at rural Doran, MN, the daughter of Sam and Anna (Pasch) Wiertzema. She attended school in Doran and lived on the farm with her parents until she married Cecil McCahan of Cando, ND on August 30, 1969 in Breckenridge, MN.

Joyce and her husband, Cecil served their God faithfully through the Assembly of God Church in Cando, ND, where they were longtime members. Joyce and Cecil also donated their time and services every summer to the Lakewood Bible Camp at Devil's Lake, ND. Joyce and Cecil, known as the couple in the white pickup, befriended others, helped others, and gave to others. They were gentle people with big hearts. They could be described as those kind of "quiet people" daily living out their faith with little fanfare and attention.

Cecil preceded her in death on April 19, 2001. In May, 2006, she became a resident of St. Catherine's Living Center in Wahpeton, ND. Anyone who knew Joyce could see that she had a love for the Lord. She enjoyed spending her time listening to Gospel music; her favorite music groups being "Special Delivery" and "The Gaithers."

Honorary Pallbearers will be all who called Joyce "friend."

To order memorial trees or send flowers to the family in memory of Joyce McCahan, please visit our flower store.