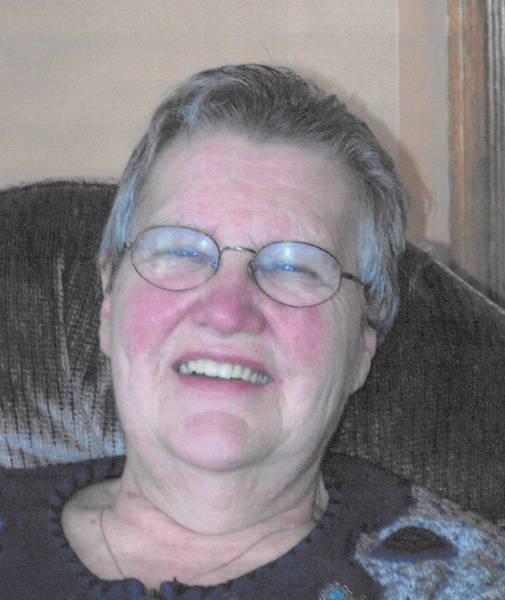 Joyce C. Priem, age 74, of Breckenridge, MN, passed away on Thursday, September 7, 2017, at St. Francis Healthcare Campus Nursing Home in Breckenridge. The funeral will be at 2:00 PM on Wednesday, September 13, 2017, at Joseph Vertin and Sons Funeral Home Chapel in Breckenridge. There will be a visitation one hour prior to the service at the funeral home. Pastor Mark Manning will be the officiant. Burial will follow at Lake Ida Cemetery, near Cormorant, MN. Joseph Vertin and Sons Funeral Home in Breckenridge is assisting the family with arrangements.

Joyce Carol Heimark was born on December 13, 1942 in Pelican Rapids, MN, to Adeline (Heimark) and Morgan Heimark, one of 14 children. She grew up and attended school in Pelican Rapids. Joyce was united in marriage to Gordon Priem on November 19th, 1960, and they made their home in Detroit Lakes, MN. From this union, the couple had three children. Joyce worked for a few years at West Central Turkey plant in Pelican Rapids, and after that as a meat cutter in the butcher department at a grocery store in Detroit Lakes. She later began a long employment at Emmanuel Nursing Home in Detroit Lakes, first in the housekeeping department, then as a Certified Nursing Assistant, and lastly in the Physical Therapy department. She loved the residents and would go above and beyond to care for them. After Gordon passed away, Joyce moved to Fergus Falls, MN. She worked for Fergus Falls Public School systems as an aid in the kitchen and as a recess monitor. In recent years, she moved to Breckenridge to reside at St. Francis Healthcare Campus Nursing Home.

Joyce was active in events at Trinity Lutheran Church in Detroit Lakes. She enjoyed flower gardening, singing, snowmobiling, playing card games, and baking. She especially loved being involved with family gatherings, as she was always finding a way to participate, such as helping to build a snowman (she was a big kid at heart). She was a perpetually happy person; she constantly had a huge smile on her face, and was full of life and laughter at all times.

She was preceded in death by her Parents, Morgan and Adeline; her husband, Gordon; Brothers: Ardean Heimark, Harold Heimark, and Roger Heimark; Sisters: Marjorie Schaefer, Betty Wischnak, Deloris Severtson, and another sister in infancy; Brothers-In-Law, Stanley Severtson, and Larry Ray.

To order memorial trees or send flowers to the family in memory of Joyce Priem, please visit our flower store.