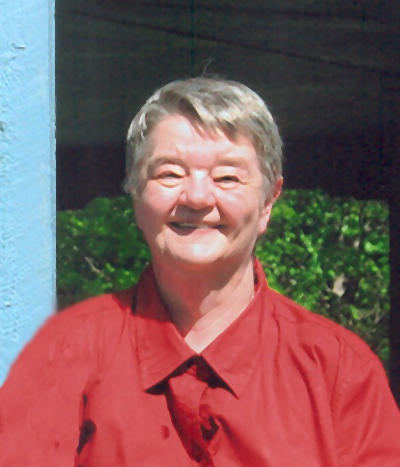 Joycelyn Myrtle Pazdernik, 65 of Clinton, MN formerly of Breckenridge, MN passed away in her home on March 9, 2011. The funeral is on Monday, March 14, 2011 at 2:00 pm at Joseph Vertin & Sons Funeral Home, Breckenridge, MN with the visitation 2 hours prior to the funeral, from 12:00 to 2:00 pm. Officiating is Pastor Ryan Drevlow. Interment is at a later date at the Clinton Cemetery, Clinton, MN. Pallbearers are Justice Pazdernik, Rylee Pazdernik, Hannah de Neui, Katlyn de Neui, Brianna de Neui, and Makayla de Neui.
Joycelyn Pazdernik was born on December 12, 1945 as the only daughter to Reinhold and Rose (Novak) Prochnow in Hankinson, ND. She grew up and attended the Hankinson schools and was part of the graduating class of 1965. On August 27, 1966, Joycelyn married Harold Pazdernik at St. John's Lutheran Church near Hankinson. They made their home and raised their two children in Breckenridge, MN. Joycelyn did childcare for many families over the years. In her spare time, she enjoyed sewing, crocheting, baking and loved to be in her flower garden. She treasured the time spent with her grandchildren. In 2008 Joycelyn and Harold moved to Clinton, MN. She will be dearly missed by her family and grandchildren, whom she adored.
Joycelyn is survived by her husband Harold Pazdernik of Clinton, MN; her children Ray (Samantha) Pazdernik of Breckenridge, MN and their children Justice and Rylee; Sara (Randy) de Neui of Clinton, MN and their children Hannah, Katlyn, Brianna, and Makayla; her brother LaMoyne Prochnow of Wahpeton, ND and several nieces and nephews.
Joycelyn is preceded in death by her parents Reinhold and Rose Prochnow
To order memorial trees or send flowers to the family in memory of Joycelyn Pazdernik, please visit our flower store.