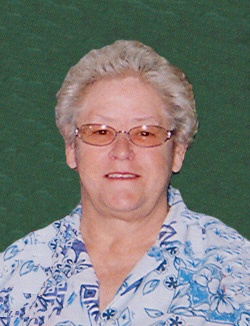 Juanita Marie Rossman was born December 28, 1944 to John and Marion ( ) Rossman in . She grew up in Breckenridge and graduated from in 1963. Juanita worked as a cook at in Wahpeton, ND and later worked at the Leech Home in Wahpeton.

Juanita was married to Tim Donley in 1967 and had two sons, Jay and Mitchell. She married Paul Boelke on June 18, 1977, her husband of over thirty years. Together they had a son, Douglas.

Juanita enjoyed doing word puzzles, especially working the Daily Word Jumbo (in the newspaper) with her brother, Ted. Juanita also enjoyed spending time at the lake and being with her family, grandchildren and friends. She will be remembered as a loving and devoted mother, wife, grandmother and friend to many.

She was preceded in death by her father: John Rossman; and Her step-father: Morris Lyng.

To order memorial trees or send flowers to the family in memory of Juanita Boelke, please visit our flower store.