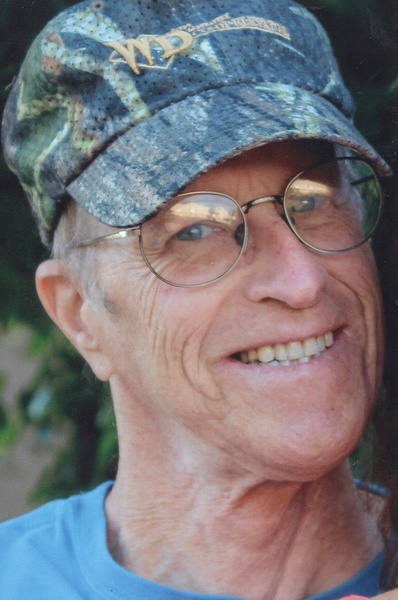 Kenneth Timothy Smith "Bomber", 61, of Breckenridge, MN, passed away Wednesday, May 27, 2015 at CHI St. Francis Hospital, under the care of Riveredge Hospice. The visitation will be from 5:00 to 7:00 PM, with a prayer service at 6:30 PM, on Sunday, May 31, at United Methodist Church in Breckenridge. The visitation will continue at the church from 10:00 to 11:00 AM, on Monday, June 1, followed by the funeral at 11:00 AM. The interment will be at Riverside Cemetery in Breckenridge.
Tim was born in Breckenridge, MN, on September 2, 1953, the only son of Kenneth "K.T." and Evelyn L. (Koch) Smith. He was given the nickname "Bomber" by a classmate when he was in the 4th grade, and that name remained as part of his beloved and distinctive character. During his years at Breckenridge High School, he enjoyed playing in the percussion section of the band. Following graduation in 1972, his talent for the drums led to playing with the Larry Andel Band for many years. The last few years, Tim played with the Breckenridge/Wahpeton Community Band under the direction of Kent Loken and Jim Larson.
Tim was employed by Minn-Dak for 27 years, and other businesses in the area. He remained true to his Breckenridge Cowboy roots by faithfully attending their sporting events. He not only enjoyed playing the drums, but also collecting records, and listening to many genres of music. Tim enjoyed growing roses, and made sure he had tomatoes in his garden for his salsa. He loved to volunteer his time as a bell ringer for the Salvation Army. He was a lifetime member of United Methodist Church and an active participant in the Riverside Cemetery Association.
Tim is survived by his fiancé, Zinda Rende of Wheaton, MN; his 2 sisters, Pat (Stan) Struble of Moorhead, MN and Phyllis (Don) Kerr of Woodland, MN; his 4 nieces, Dawn, Ann, Lynn, and Erin, and their families. He was preceded in death by his parents, Kenneth and Evelyn Smith.
To order memorial trees or send flowers to the family in memory of K. Smith, please visit our flower store.