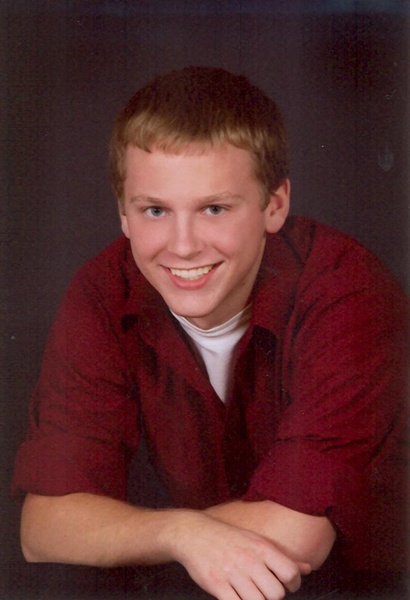 Keenan's life began on July 12, 1990 in Morden, Manitoba Canada. He was the eldest son of Dave and Heather (Doerkson) Cooper and big brother to Dawson, Twyla, Gabby and Carly. He and his family moved to Wahpeton, ND in 1993 where Keenan attended school. In high school, he was active in FFA and an honor student. He really enjoyed the sciences and reading war time novels. Keenan worked many different jobs including paper delivery, serving customers at Java ‘n Juice and detailing cars at Vision Ford. He enjoyed driving new mustangs and all ‘shop talk’ about cars.

Another big part of growing up was the role that faith played in Keenan’s life. He attended youth groups and Bible camps and considered his walk of faith an important part of his journey in becoming a man. He met April Travis, his eventual fiancée, through mutual friends who attended Cooperstown Bible Camp.

Keenan graduated from Wahpeton High School in 2008. On August 12 of the same year, he joined the Army and attended Basic Training, Infantry and Airborne Schools at Fort Benning, Georgia. After completing basic training, he was assigned to the 82 nd Airborne at Fort Bragg, NC. Keenan deployed to Afghanistan in August of 2009. During his time there he developed a strong bond and respect for those he served with. His attitude toward his duties as a soldier was not to criticize or complain but acknowledged his role unassumingly.

Keenan loved bow and rifle hunting with his dad, brother and other family members. He looked forward to the 3D archery shoot in the summer and target shooting at the farm in Grand Forks. The family dog, Coal, had a special love for Keenan.

Keenan will be remembered for his integrity, upright character, and incredible sense of responsibility. He was a man of his word and a man of few words. His actions conveyed honor and his smile imparted optimism and a zeal for life. The highlight of his life was the love of his life-April Travis. He was to be married on October 23 rd .


On July 5th, 2010 Keenan Alexander Cooper was killed in combat while serving his country in Yukata, Afghanistan.

Keenan is preceded by his paternal grandfather, Donald Cooper.


Active Pallbearers for the remembrance service are members of the 82 nd Airborne.  The Honorary Pallbearers are: his family, the Wahpeton graduating Class of 2008, John Hoffarth, Todger Morrow, Jim Green, and Jordan Hogberg. Interment is at Fairview Cemetery in Wahpeton immediately following the service.

In lieu of flowers, the Cooper’s would like memorials to go to April Travis Benefit Fund (the money raised will allow her to go back to college without the added financial burden). Checks may be written out to April Travis Benefit and sent to Bank of the West, 501 Dakota Ave., Wahpeton, ND . Contact person at Bank of the West is Justin Neppl 701-642-5567

To order memorial trees or send flowers to the family in memory of Keenan Cooper, please visit our flower store.