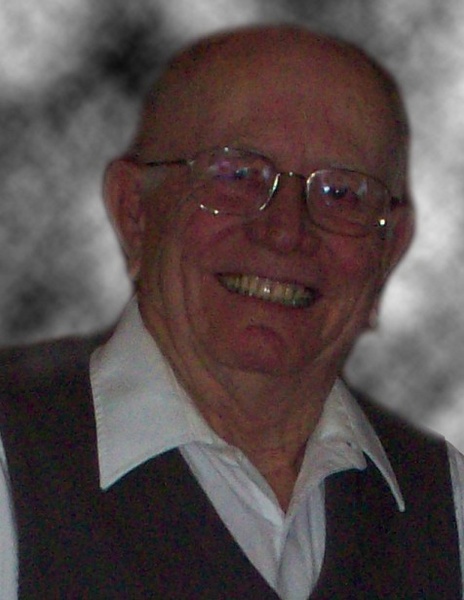 Kenneth Joseph Baumer was born May 25, 1928 in Breckenridge, MN, to Joseph and Sophia (Bates) Baumer.  He grew up and attended grade school at St. Mary’s Catholic School in Breckenridge and graduated from Breckenridge High School in 1946. After graduation, Ken was employed for several years by the Wilkin County Highway Department before being drafted into the United States Army in 1950.

After proudly serving his country during the Korean War conflict Ken returned to Breckenridge, where he resumed working for the Wilkin County Highway Department.   He then met the “love of his life,” Betty Grace Litton and they were united in marriage on May 26, 1955, at St. John’s Catholic Church in Wahpeton, ND.  Ken and his wife made their home in Breckenridge for over forty years until being impacted by the flood of 1997, at which time they moved to Long Lake, near Ottertail, MN.

Ken and Betty were blessed with two children, Tim and Cheryl.  Ken worked hard for his family and was known as a jack-of-all-trades and a highly skilled mechanic.  For a time he owned the Standard Gas Station in Breckenridge and then worked at Sturdevant’s Auto Parts in Wahpeton, ND as an auto mechanic and later Scheel’s Hardware in Breckenridge as a small engine repairman.  Ken then used his skills as a mechanic to start his own business venture, Ken’s Small Engine Clinic, in Breckenridge.  In his later years, Ken devoted his energies to St. Mary’s Catholic School where he drove school bus and   skillfully maintained the school, church and cemetery as a valued custodian.

Ken’s life was blessed with a beautiful family; he proudly watched his children grow up and have children of their own.  He wore many hats throughout his life, from husband, to business owner and boss, to peer and friend, but his favorite role by far that as a grandpa.  Ken always put his family first, selflessly serving them whether it be fixing the lawn mower or helping find his daughter’s missing contact lenses.  Ken was a beloved husband, father, grandfather, and hero; he will always be remembered for his wonderful sense of humor and ability to tell a tale.

Ken is preceded in death by his parents, Joseph and Sophia (Bates) Baumer.

To order memorial trees or send flowers to the family in memory of Kenneth Baumer, please visit our flower store.