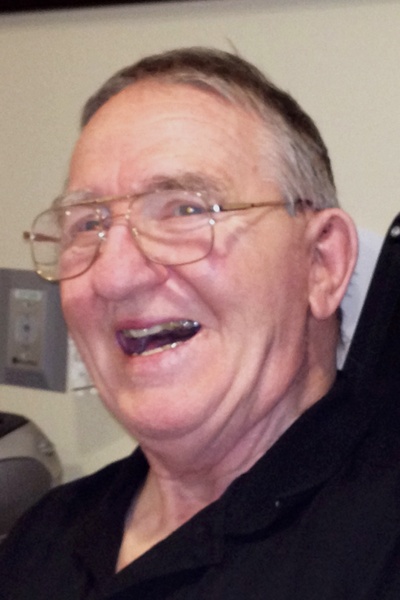 Kenneth Gene Berndt, 68, of Breckenridge, MN passed away peacefully with his family by his side, Sunday, February 10, 2013 at St. Francis Nursing Home in Breckenridge. The visitation will be Friday, February 15 from 5 to 8:00PM with a prayer service at 7, at Joseph Vertin & Sons Funeral Home. The funeral will be 11:00AM, Saturday, February 16 at St. Mary's Catholic Church, Breckenridge with Father Peter Kirchner officiating. Interment will be at Fairview Cemetery at a later date.
Kenny was born March 26, 1944 in Wahpeton, ND to Alton and Carol (Simonson) Berndt. He grew up in Great Bend, ND and graduated from Wahpeton High School. He joined the North Dakota National Guard and proudly served for 20 years. He was employed at Schweitzer's Flax Straw Plant until it closed. He then went to work at the Breckenridge Senior High School as a custodian where he remained until retiring in 1999. Kenny was united in marriage to Patricia Pazdernik on August 5, 1967 in Wahpeton. Upon retiring, Kenny and Pat moved to Tennessee to be closer to their daughter and her family. In 2008, they returned Breckenridge and moved into Twin Town Villa.
Kenny loved to be with his family and friends playing cards and shaking dice for coffee. He enjoyed singing and was a fascinating story teller. He devoted countless volunteer hours at the Wahpeton Sr. Center and Mt. Juliet Sr. Center in Tennessee. He received the "Making a Difference" award for all of his volunteer efforts. Attending auction sales was like a sport to him; competing in the bidding and the thrill of victory when winning. Kenny was a beloved husband, father, grandfather and great-grandfather. He will be forever missed. The joy he gave his family and friends will always be cherished and his laughter was one of his greatest gifts to all who knew him.
Kenny is survived by his wife Patricia of 45 years; his daughter Phyllis (Brent) Thompson of San Antonio, TX; his grandchildren Brandon Thompson (Claudia Lugo) and Chase Thompson; his great-granddaughter Caitlyn Thompson; and his sister Alice Gianakos of Fargo, ND. He was preceded in death by his parents Alton and Carol.
To order memorial trees or send flowers to the family in memory of Kenneth Berndt, please visit our flower store.