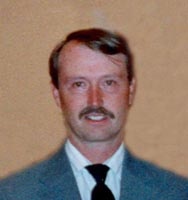 He was preceded in death by his wife, Patricia Korinek, on March 12, 2007; his son, Kyle Korinek, on November 27, 1989; his father, William Korinek; his brother, Daniel Korinek; and his father-in-law, Albert Wichael.

Ken was born on July 12, 1953 to William and Stella (Tosse) Korinek in Breckenridge, MN. He grew up and attended school in Doran, MN and graduated from Breckenridge High School in 1971. On June 15, 1974 he was united in marriage to Patricia Wichael at Grace Lutheran Church in Breckenridge. They made their home in rural Breckenridge until 1976 when they purchased their home in south Breckenridge where he has lived since. After high school, Ken went custom combining for two years and then worked for D & E Machine. In 1975 Ken began working for RoBanks in Wahpeton, ND and he worked there until his health prevented him from working. Kenny enjoyed his career with RoBanks. His employer and coworkers went above and beyond in supporting and showing compassion to Kenny and his family through all their battles and losses.

Kenny loved the outdoors and passed that on to his son. He enjoyed being on the lake, fishing, golf, and hunting up north with his son and family. Kenny also loved being Grandpa to Grey. He was proud to buy her first camouflage outfit anticipating the day he would take her hunting as he did his sons who he loved.

Kenny had a hard battle and suffered through many tough losses, but we can all find comfort knowing he is together again with Patty and Kyle. Together they will watch over Kelly and all their loved ones.

To order memorial trees or send flowers to the family in memory of Kenneth Korinek, please visit our flower store.