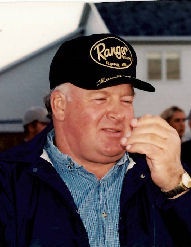 Kerry "K.K" Larson, age 73, of Breckenridge, MN, passed away at his residence on Friday, June 17, 2022. Visitation will begin at 9 AM, Friday, June 24, 2022, at Joseph Vertin and Sons Funeral Home in Breckenridge, followed by his memorial service at 10 AM at the funeral home. Jeanne Putnam will be officiating the service. Another service will be scheduled in Ada, MN, preceding the burial at a later date. Arrangements have been entrusted to Joseph Vertin and Sons Funeral Home.

K.K was born in Mahnomen, MN, on October 22, 1948, to Donovan Larson and Ruth (Eichstadt) Larson. He grew up there until the 7th grade when he and his family moved to Ada, MN, in 1960. After he graduated from high school in 1966, he went on to continue his education at Moorhead State University  K.K was drafted into the United States Army in 1969 and served his country overseas in Vietnam until 1971. During his deployment and service, he was promoted to Sargent and awarded a bronze heart medal for his service in Vietnam.

Upon returning state-side in 1971, K.K was united in marriage to Cynthia “Cindy” Jerdee. He began working for Norman County in the highway department and in 1992, he worked for the Wilkin County highway department. After 17 years with Wilkin County, K.K retired due to health complications in 2009. Not one to stay still for long, K.K began working part-time for Heitkamp Construction Company where he made several friends and worked closely with the community on several projects.

K.K had a huge personality that was well known and adored by many. His grandchildren were the center of his world and it pained him each time they were sick. He graciously offered to help in any way he could whether it be his family, friends, or a stranger in the community. He was sensitive and cared deeply; he wasn’t afraid to be seen crying during joyous moments, or when his world was rocked by the loss of someone close to him. Throughout the years, K.K enjoyed collecting model trains and as an avid outdoorsman, he was passionate about hunting and fishing. He also maintained an impressive garden and tended to it until he harvested the fruits of his labor.

He was preceded in death by his parents, Donovan and Ruth Larson.

To order memorial trees or send flowers to the family in memory of Kerry "K.K" Larson, please visit our flower store.