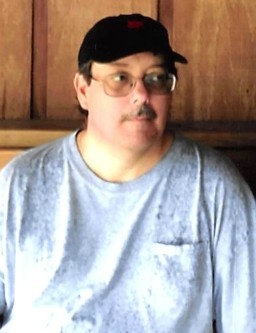 Kevin G. Huelsman, 49, of Foxhome, MN, passed away at his residence from cancer, surrounded by his loving family, on Tuesday, March 23, 2021. Visitation will be held from 4 PM to 6 PM, Sunday, March 28, 2021, followed by a 6 PM prayer service at Joseph Vertin and Sons Funeral Home, Breckenridge. Visitation will continue from 9:30 AM to 10:30 AM, Monday, March 29, 2021, at St. Mary’s Catholic Church, Breckenridge, followed by the funeral mass at 10:30 AM. Father Stan Wieser will officiate the service. Burial will be held at St. Mary’s Catholic Cemetery, Breckenridge. In lieu of flowers, donations can be made to the Richland/Wilkin County Humane Society or to CHI-Health at Home and Hospice, Breckenridge.  Arrangements have been entrusted to Joseph Vertin and Sons Funeral Home.

Kevin Gene Huelsman was born on August 20, 1971, in Breckenridge, MN, to Henry and Emma (Gordon) Huelsman. He grew up in Foxhome, MN, and attended St. Joseph’s Catholic Church where he was baptized and confirmed. In 1990, Kevin graduated from Breckenridge High School and went on to pursue an associate degree as a machinist at the North Dakota State College of Science, Wahpeton. After graduating NDSCS in 1992, he worked for Horton Industries, Britton, SD, Ottertail Corp BTD, Pelican Rapids, MN, Minn-Dak, Wahpeton, and Bobcat, Wahpeton.

In 2018, Kevin was diagnosed with cancer and he proved that his sickness wouldn’t slow him down. Kevin was an avid outdoorsman; he relished his time at the lake cabin and the fishing he did there. He also enjoyed fishing in Alaska and Florida, and hunting with his father and family friends, especially hunting trips with the Groom family near Britton, SD. There would always be some project Kevin was either just starting or wrapping up to make room for the next. Kevin loved attending the state and county fairs, was a member of the Riverside Rockets 4-H club, and was a skilled woodworker. Kevin was proud of his 4-H projects including a large garden with various vegetables and tending to his rabbits. His humor, joyful spirit, and caring heart will be deeply missed by his family and friends.

To order memorial trees or send flowers to the family in memory of Kevin Huelsman, please visit our flower store.