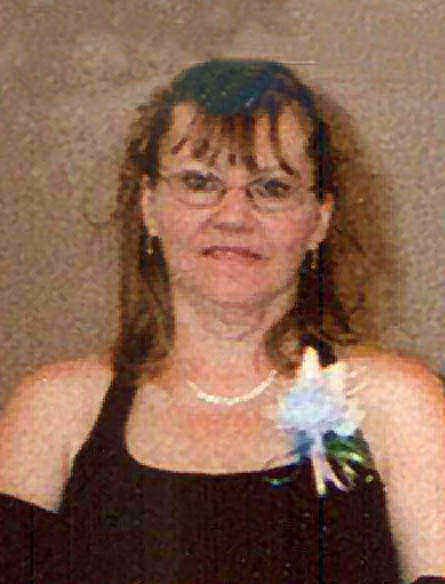 Kimberly Jean Johnson, 47, of Norcross, MN, formerly of Breckenridge, MN passed away on January 20, 2012 in St. Paul, MN. The Memorial Service is at Joseph Vertin & Sons Funeral Home, Breckenridge, on Saturday February 4, 2012 at 2:00pm. There will be a visitation one hour prior to the Memorial Service from 1 to 2:00 at the funeral home. Pastor Ryan Drevlow is officiating.
Kim, the daughter of Eugene "Denny" and Gloria (Krause) Freitag, was born on July 7, 1964 in Breckenridge, MN. She grew up and attended school in Breckenridge. After graduation, she worked in several local food establishments. She gained valuable experience and grew to love the restaurant business. When a chance came about to open her own restaurant, she seized the opportunity and opened the Norcross Cafe in Norcross, MN. Kim owned and operated the restaurant for several years and later retired in Norcross.
In her spare time, Kim enjoyed gardening, crafts, and baking. She treasured her family, especially time spent with her daughter, Justine and grandson, Jorden.
Kim is survived by her daughter Justine Jorgenson of Rosholt, SD; her grandson Jorden; her mother Gloria Olson of Fergus Falls, MN; her sisters Doreen Freitag of Dalton, MN, and Tammy Olson of Elbow Lake, MN; her brothers "Dean" Eugene Freitag of Russelville, AK and Jedidiah Olson of Fergus Falls, MN; several aunts, uncles, nieces and nephews; and the many restaurant patrons Kim considered 'family'.
Kim is preceded in death by her father Denny; her maternal and paternal grandparents; and several uncles.
To order memorial trees or send flowers to the family in memory of Kimberly Johnson, please visit our flower store.