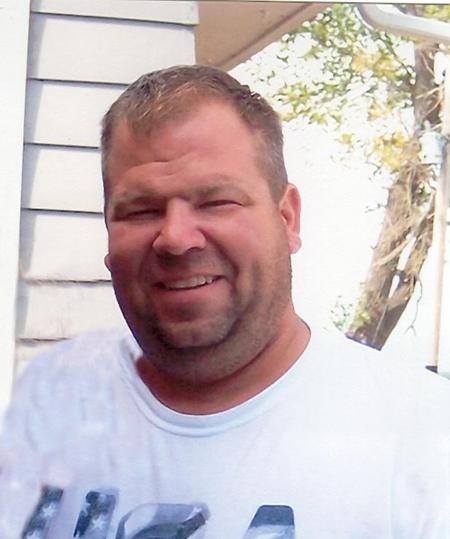 Lance Lyngaas, 39 Rural Campbell, MN died on June 13, 2011 in Fargo, ND. The visitation is Friday, June17, 2011 from 5:00 to 7:00 with a prayer service at 7:00 at St. Gall's Catholic Church, Tintah, MN and one hour prior to the funeral. The funeral is Saturday June 18 at 10:00 am at St. Gall's Catholic Church. Officiating is Father Arlie Sowada, Father Andrew Marthaler and Deacon Joe Wood.
Lance Larry Lyngaas was born to Larry and Brenda (Paseka) Lyngaas on July 16, 1971 in Fargo, ND. Lance was raised on the family farm near Campbell, MN where he was currently residing and raising his own family. Throughout his high school years, Lance worked at the Triple J Ranch (Jirak Farms) doing custom combining. He attended school in Campbell and graduated with honors in 1989. He then attended NDSCS majoring in Ag Farm Business and Agri Diesel/Mech. Upon graduation in 1991, Lance went into farming with his dad. After his dad's death in 1992, he went to work full time for Triple J Ranch and also drove truck on the side. Lance was united in marriage to the love of his life, Jessica Putnam, on June 17, 1995 at St. Gall's Catholic Church in Tintah, MN. They made their home in Tintah. In 2007 they moved back to the family farm. Lance was currently farming for G. Vance and Erin Johnson of Breckenridge.
For recreation, Lance enjoyed 4-wheeling, hunting, fishing, trucking, and cooking over an open fire. Spending time with his family was extremely important to him. Lance had strong values and put his family first in all things. He was a member of NRA and St. Gall's Catholic Church.
Lance is survived by his wife Jessica of rural Campbell, MN; his children Levi, Lucas, and Morgan all at home; his mother Brenda (John) Schander of Sykeston, ND; his brother Casey Lyngaas of Kindred, ND; his sister Lisa (Todd) Berg of Chaffee, ND and their sons Lane and Wade; his paternal grandparents Clayton "Bud" (Mary) Lyngaas of Fergus Falls, MN; his mother and father-in-law Jim W. and Jeanne Putnam of Tintah, MN; brother and sisters-in-law James Putnam of New York Mills, MN and Jacinta Putnam and her daughter Janessa of Detroit Lakes, MN; Jennifer Putnam of Tintah, MN and JoAnna Putnam and her son Jackson of Detroit Lakes, MN; his step brother and sister Dustin Schander and Jessica Schander both of Fargo, ND.
Lance is preceded in death by his dad Larry Lyngaas; his maternal grandparents Marcil and Lorraine Paseka; his uncle Larry Peterson