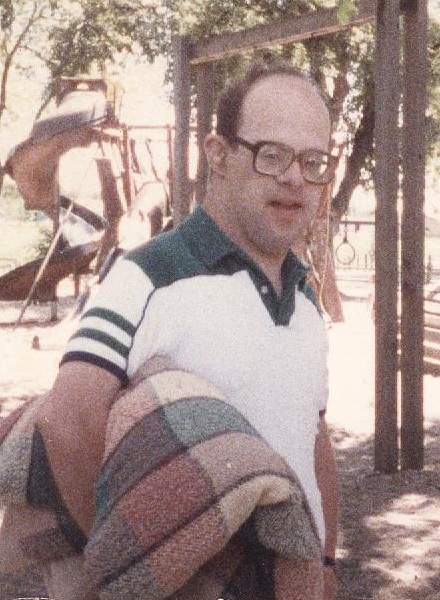 Larry Bengtson, 64, of Breckenridge, MN, passed away at his residence on Monday, January 11, 2016. The memorial service will be at United Methodist Church in Breckenridge, on Thursday, January 14 at 1:00 PM. The visitation will be one hour prior to the service. The interment will be at Riverside Cemetery at a later date.
Larry was born February 6, 1951, to Oscar and Rita (Phillips) Bengtson in Canby, MN. When he was 11 years old, the family moved to Breckenridge. He attended special education classes at the Breckenridge schools until the age of 19. As an adult, Larry attended the Wilkin County DAC for many years. He lived with his mother until the age of 60, at which time he moved to the West Central Community Group Home in Breckenridge.
Larry was active in the Breckenridge community, working at the Pizza Hut and volunteering at the St. Francis Hospital. He was a member of the Breckenridge United Methodist Church and faithfully attended services for many years. He enjoyed all sports, especially baseball. Larry was an avid fan of the Minnesota Twins, Breckenridge Cowboys, Fargo-Moorhead Red Hawks, NDSU Bison, Legion baseball, and the Minnesota Vikings. He also enjoyed traveling with his mother to visit family and over the years, was able to see many sights, including Hawaii, Washington DC, San Francisco, San Diego, and Seattle. He loved drives in the country and Westerns (especially those with John Wayne).
Larry was a very special person, with a sly sense of humor and a beautiful smile, kind and loving to his family and friends, and all those who knew him.
Larry is survived by his mother, Rita Bengtson of Breckenridge; his brother, Robert (Linda Newton) Bengtson of Honolulu, HI, and their children, Justin (Miranda) Bengtson, Stacy Bengtson, and Rachel (Elliott) Borrelli; his two sisters, Melanie Bengtson of Oak Harbor, WA, and Kathryn (John) Shriver of Buffalo, MN. Larry is preceded in death by his father, Oscar Bengtson; and his grandparents, Ora and Russell Phillips, and Nels and Anna Bengtson.
To order memorial trees or send flowers to the family in memory of Larry Bengtson, please visit our flower store.