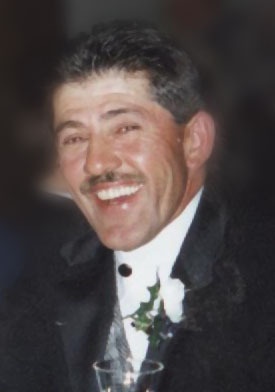 Larry Allan Owens, 57, of Breckenridge, MN, died Tuesday, February 4, 2014 at St. Mary's Hospital in Rochester, MN. The visitation will be from 4:00 to 7:00pm, with a prayer service at 6:00pm on Sunday, February 9, at Joseph Vertin & Sons Funeral Home in Breckenridge. The Mass of Christian Burial will be at 11:00am on Monday, February 10, at St. Mary's Catholic Church in Breckenridge. Father Joseph Backowski and Father Dale Lagodinski are Concelebrants.
One of eight children born to Fred and Pearl (Hendricks) Owens, Larry was born on July 20, 1956. He attended elementary school in the Rugby, ND area and graduated from Rugby High School in 1974. Young and eager to begin their lives together, he married his high school sweetheart and best friend, Patricia Voeller, on November 15, 1974 at St. Mary's Catholic Church in Knox, ND. They were blessed with three sons: Travis, Nicholas, and Jacob.
In 1978, they moved from Rugby, ND to the Wahpeton/Breckenridge Area. From there, he began his 34 year employment with Comstock Construction in Wahpeton. As Project Superintendent, he worked on various projects throughout the North Dakota and Minnesota area. Known for his meticulous work ethic and attention to detail, he achieved a long list of career accomplishments. He took great pride in his work and enjoyed many friendships with his co-workers, sub-contractors and product suppliers. In August of 2012, health issues created an early retirement from his career, but he occasionally enjoyed driving Lynn Comstock to various construction sites to watch progress being made.
One of his most treasured accomplishments was building a home for his family. He was an avid outdoorsman who enjoyed hunting and fishing. He particularly looked forward to his annual fishing trip with his sons. He loved gardening and grooming his yard, and completed every task with the appropriate John Deere "toy". He was involved in many community improvement projects, helping out at the schools and working on various athletic fields. Whatever task he undertook, he worked with passion and commitment, a legacy he passed on to his boys. He was extremely proud of his sons. He treasured every moment with his grandchildren, and his motto was 'if they didn't get dirty, they didn't have fun'.
Larry is survived by his wife, Patty, of Breckenridge, MN; his sons, Travis, (Jennifer) Owens of Wahpeton, ND, and their children, Brady, Hunter, and Allison; Nicholas (Paula) Owens of Rogers, MN, and their children Noah and Elliot; and Jacob (Lindsey Baumann) Owens of Fargo, ND; his mother, Pearl Owens of Rugby, ND; his brother, Rick (Sandy) Owens of Jamestown, ND; his sisters, Vicki Slaubaugh of Indiana, Bobbie (Chuck) Welk of Grand Rapids, MN, and Jackie (Brett) Casavant of Red Lake Falls ; several sisters and brothers-in-law; and several nieces and nephews.
Larry is preceded in death by his father, Fred Owens; a brother, Terry Owens; and two sisters, Penny Voeller and Diane Pateneaude.
To order memorial trees or send flowers to the family in memory of Larry Owens, please visit our flower store.