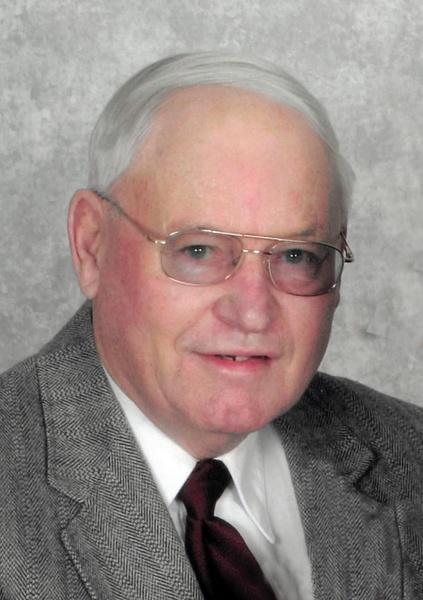 Larry Gene Wiertzema, Sr., 84, of Breckenridge, MN, passed away on Sunday, July 23, 2017, at St. Catherine’s Living Center in Wahpeton, ND. The visitation will be from 5:00 to 7:00 PM, with a prayer service at 7:00, on Thursday, July 27, at Joseph Vertin and Sons Funeral Home in Breckenridge. The visitation will continue on Friday, July 28, from 9:30 to 10:15 AM, at Valley Christian Church in Breckenridge, followed by the funeral at 10:30. Pastor Dean Bjorlin will officiate. The interment will be at Riverside in Breckenridge.
Larry was born on January 12, 1933, on the family farm near Doran, MN, one of eight children born to Sam and Anna (Pasch) Wiertzema. After completing his schooling in Doran, Larry began farming with his father. On April 23, 1953, he joined the military, serving during the Korean War in the US Army at Fort Lewis, Washington, in the Signal Corp. He was honorably discharged in April of 1955. On June 3, 1955, Larry was united in marriage to Lois Irene Green at the Gospel Tabernacle Church in Breckenridge. They lived on a farm south of Breckenridge where they were partners in faith, family, and farming. As their family grew in size so did their determination to encourage a persistent walk with God. Larry was passionate about his vocation and modeled a strong work ethic on the farm; a standard he maintained until he retired in 1994. Larry was a cheerful giver. He served his church family through leadership, as an Elder and Board member and support to missions, and was also active with the Gideon organization.
In his spare time, Larry loved to hunt, fish, and travel, and made many lasting memories with family and friends on those excursions. In 1997, Lois and Larry moved off the farm and into Breckenridge, but he continued to help out his sons on the farm. He looked forward to his daily coffee at Sam, SR.’s, where “all of the world’s problems were solved.”
His tenacious love for family will endure through the generations, as his children, grandchildren and great-grandchildren celebrate the legacy Larry left them. Larry went to his eternal heavenly home on Sunday, July 23, 2017.
Larry will be missed by his four children, Larry, Jr. (Julie) Wiertzema of Breckenridge, MN and their children Melinda (Keo) Sengsavang of Eagan, MN, Luke (Maggie) Wiertzema of Campbell, MN, Anna (Ben) Gurney of Fargo, ND and Adam Wiertzema of Breckenridge; Julie (Paul) Blankenship of Egg Harbor Township, NJ, and their children Jordan and Ben; Connie (Lowell) Seidler of Rothsay, MN, and their child Jenna; and Daniel (Kimberly) Wiertzema of Breckenridge, MN, and their children Bryce, Jayden, Ryler and Kiera; six great-grandchildren, Reagan, Logan, and Esther Gurney, and Josiah, Claire, and Alice Wiertzema; his siblings, Neil (Mary) Wiertzema, Ione (James) Christensen, Del (Kathy) Wiertzema all of Breckenridge, and Sam (Janet) Wiertzema of Tuscon, AZ, and Linda Hemmila of Alexandria, MN. He was preceded in death by his wife, Lois; his parents Sam and Anna; his brother, Myron Wiertzema and his sister Joyce McCahan; and his grandson, Jace Wiertzema.
To order memorial trees or send flowers to the family in memory of Larry Wiertzema, please visit our flower store.