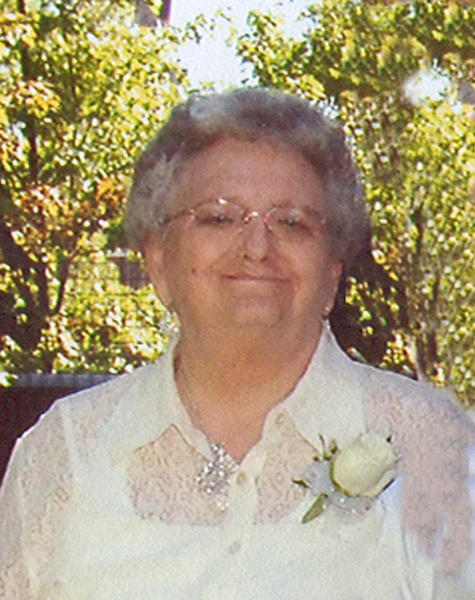 Lenora Estella Buchholz, 81, of Breckenridge, MN passed away on May 11, 2011. The visitation is Sunday, May 15 from 4- 6pm at Joseph Vertin & Sons Funeral Home, Breckenridge, MN. The funeral is Monday May 16, 2011 at 2 pm at Ashley Baptist Church, Ashley, ND with a visitation from 12 pm to 2 pm at the church. Officiating is Pastor Darwin Stahl. The Interment is at Zion Lutheran Cemetery, Ashley, ND.
Lenora was born to Julius and Theresa (Merkel) Kempf on February 14, 1930 in Forbes, ND. She attended country school and worked on the family farm. On Dec 12, 1948 Lenora was united in marriage to Edwin Buchholz at Venturia, ND. They made their home in Ashley, ND where they raised their two daughters. When the children got a little older, Lenora worked as a certified nurse's assistant in Ashley. She was also a Tupperware Dealer. She found both careers rewarding and enjoyable. Edwin preceded her in death on March 30, 1982. Lenora then retired and moved to Aberdeen, SD where she worked at a lollipop factory. She lived there for five years before moving back to Ashley. In 1999, Lenora moved to Breckenridge, MN to be closer to family.
Lenora was a member of the American Legion Auxiliary in Aberdeen. In her spare time she enjoyed doing embroidery and had a knack for raising plants. She treasured family time with her children, grandchildren and great-grandchildren.
Lenora is survived by her daughter Ione (Richard) Auclair of SanTan Valley, AZ; 5 grandchildren and 9 great-grandchildren; her sisters Violet Woehl of Aberdeen, SD and Janet (Robert) Haneke of Orient, SD; her son-in-law Donald Diede of Breckenridge, MN.
Lenora is preceded by her parents Julius and Theresa Kempf; her husband Edwin Buchholz; her son Lester (2 weeks old); her daughter Ardis Diede; her sister Hilda Nies and her 2 brothers Walter and Rheinhold Kempf.