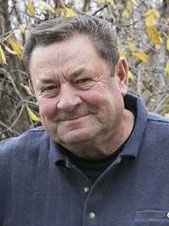 LeRoy Paul Ehlert was born on August 14, 1940, the son of Leo and Henrietta (Lovdokken) Ehlert in Breckenridge, MN. He grew up and attended school in Breckenridge, graduating in 1959. After completing his formal education, LeRoy did custom combining work for Milburn and Donald Barnum of Breckenridge. He then went to work for Femco Farm and drove truck for Lester Jolly and later Jim Walton, who took over the Femco Farm operation. With years of driving experience, LeRoy began over-the-road trucking for Herman Hendricks; this took him all over the continental US and Canada. For a short time after this, he worked for Wahpeton Construction (which later became Kost Brothers Construction and most recently, Aggregate Industries).

In 1963, LeRoy joined the National Guard of North Dakota as a reserve for the United States Army before being honorably discharged in 1964.

On October 16, 1965, LeRoy became the loving husband of Betty Lou Kuehn as they began their life together as a married couple at St. John’s Catholic Church in Wahpeton, ND. The newlyweds moved to Breckenridge and made their home there until 1970, when they moved to their farm in rural Breckenridge.

In 2003, LeRoy and his son, Jason, started their own business, Ehlert Excavating. The father and son duo proudly served their loyal customers in Richland and Wilkin counties. LeRoy worked hard at his career, but he worked even harder at being a father who was present in the lives of his children. He raised his children by giving them a strong Catholic foundation of love and devotion. LeRoy was intelligent, thoughtful and compassionate. He seemed to instantly become friends with everyone he met. His positive attitude for life and outgoing personality made him loved by many. It was apparent that LeRoy cared deeply about his community; he would often visit the sick and elderly at the hospital or in nursing homes. In the winter, he enjoyed ice fishing with anyone that would sit with him to appreciate the solitude and quiet companionship. He loved the open air; hunting was another way that he appreciated the outdoors, along with vegetable gardening. He would prepare sausage and jerky and gift them to his friends and family. LeRoy set a loving example for his children, he taught them to have a servant’s heart, to give more than you take, and to never forget to smile. He will be greatly missed and remembered by all who knew him for the sparkle in his eyes and his beaming smile. LeRoy pondered Heaven and all that might comprise being in the presence of the Lord; we rest assured that he now knows.

LeRoy is preceded in death by his wife of 40 years, Betty (Kuehn) Ehlert; his parents, Leo and Henrietta (Lovdokken) Ehlert; and one grandson, Chase Freier.

To order memorial trees or send flowers to the family in memory of LeRoy Ehlert, please visit our flower store.