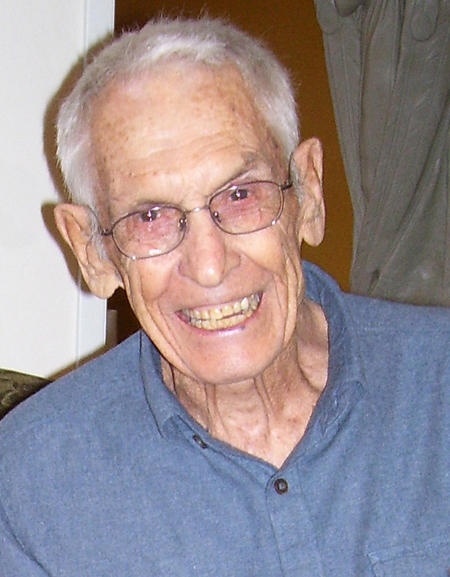 Leslie Luther Bahr, 92, of Breckenridge, MN, died Saturday, January 11, 2014 at St. Francis Health Care Campus in Breckenridge. The visitation will be from 5:00 to 7:00PM, with a Prayer Service at 7:00PM on Thursday, January 16, 2014 at Joseph Vertin & Sons Funeral Home in Breckenridge. The visitation will continue from 10:00 to 11:00AM followed by the funeral at 11:00AM, Friday, January 17 at Breckenridge Lutheran Church in Breckenridge. Pastor Mark Manning will officiate. The interment will be at St. Paul Lutheran Cemetery, Mooreton, ND.
Leslie was born on April 26, 1921 to Albert and Lydia (Strayer) Bahr in Flasher, ND. He grew up and attended elementary school in Flasher through the eighth grade. In September of 1936, his family moved to Mooreton, ND. Leslie attended high school at Antelope Consolidated School, Antelope Township, graduating in 1941. After high school, he joined the Army Air Corp in Minot, ND then transferred to Iowa to train as a fighter pilot. Due to health reasons, his pilot training ended. He then joined the US Navy, attending boot camp at Great Lakes Naval Training Center where he trained to be a gunner's mate. He finished his military service in Rhode Island with an honorable discharge in 1946.
Leslie was united in marriage to Virginia Wien of Colfax, ND, on December 7, 1947, in Wahpeton, ND. To this union two daughters and one son were born. The couple lived on the family farm in Antelope Township until 1963 at which time they moved to Mooreton. From 1964 to 1987, Leslie was the Post Master in Mooreton and also the area handy man. He retired in 1987.
Their home on Long Lake near Ottertail was one of Leslie's favorite places to go. He was an avid outdoorsman and took great pleasure in fishing, hunting, camping and gardening. He had many hobbies to keep him busy including, rock collecting, going to rummage sales, playing cribbage, traveling, wood carving, and carpentry. When younger, he and Virginia loved square dancing with Maids and Blades in Hankinson, ND. He was an enthusiastic MN Twins and Vikings fan, and looked forward to spending time with his family, especially his grandchildren.
Leslie is survived by his children, Wanda (Bruce) Speidel of Ashley, ND, Larry (Karen) Bahr of Breckenridge, MN, and Janelle (Steve) Berge of Lake Elsinore, CA; 9 grandchildren; 17 great-grandchildren; his 2 sisters, Lura Johnson and Ellen Dinger, both of Wahpeton, ND.
Leslie was preceded in death by his parents Albert and Lydia; his wife Virginia; his brothers George, Hubert, Clifford, Charles, Floyd, Darwin, Julius, Dean, and Donald; his sisters, Neva Van Duian and Velma Woodbury.
To order memorial trees or send flowers to the family in memory of Leslie Bahr, please visit our flower store.