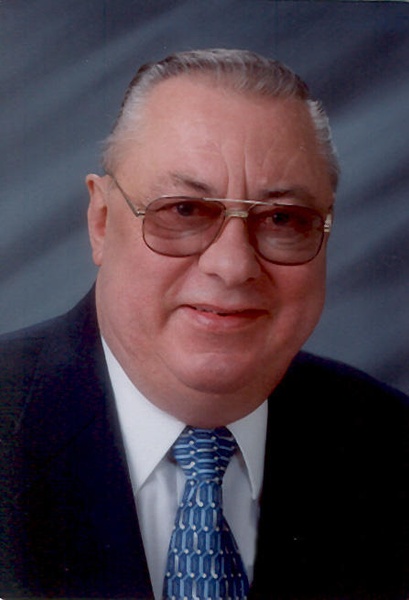 Lloyd Walter Bohn, 76 of Breckenridge, MN passed away in his home under the care of Riveredge Hospice on March 18, 2011. The funeral is Monday March 21, 2011 at 11:00 am. at Immanuel Lutheran Church, Wahpeton, ND. The visitation is one hour prior to the funeral service from 10 am to 11:00 am at the church. Officiating is Pastor Morris Stephens. The interment will be at Trinity Lutheran Cemetery in Great Bend, ND.
Lloyd was born on November 22, 1934 to Robert and Minnie (Witt) Bohn in Belford Township. He grew up and attended schools in Hankinson, ND graduating in 1952. He was united in marriage to Phyllis Bohn on August 7, 1953 at Trinity Lutheran Church in Great Bend, ND. They made their home in Wahpeton, ND. In 1955, Lloyd entered the US Army and served 2 years in the Green Berets. He was stationed in Germany. Upon his return, Lloyd went to work for Montgomery Ward. He and Phyllis moved to Breckenridge in 1960 and they later purchased Bronson Clothing in Breckenridge. Their next business venture took them to Rush Lake where they owned and operated Elm Haven Resort. In 1978, they moved to Campbell and purchased the Ranch House Bar and Steak House. They sold the Ranch House in 1991 but continued to live in Campbell until 1997 when they moved back to Breckenridge.
Lloyd was a member of the Breckenridge VFW and an active member of Immanuel Lutheran Church. He enjoyed fishing, hunting, and treasured the time with his family. He loved to watch western movies and was an avid Minnesota Viking Fan.
A special thanks to Hospice and to the nurses who cared for Lloyd over the years.
Lloyd is survived by his wife Phyllis of Breckenridge, MN; his daughters Sandi (Steve) Campbell of Santee, CA; Cindy Andersen and special friend Jon Irish of Henning, MN; Linda (Charles) Wagener of Anthon, IA; his 10 grandchildren and 4 great-grandchildren; his sister Janice Loessin; his brother Gerald Bohn; his daughter-in-law Kris (Al) Wyffels of Marshall, MN; his special aunt Lillie Witt; his special neighbors Bonnie and Gerald "GB" Schneider.
Lloyd is preceded by his son L. Craig Bohn; his parents Robert and Minnie Bohn; his mother and father-in-law Malvin and Esther Bohn.
To order memorial trees or send flowers to the family in memory of Lloyd Bohn, please visit our flower store.