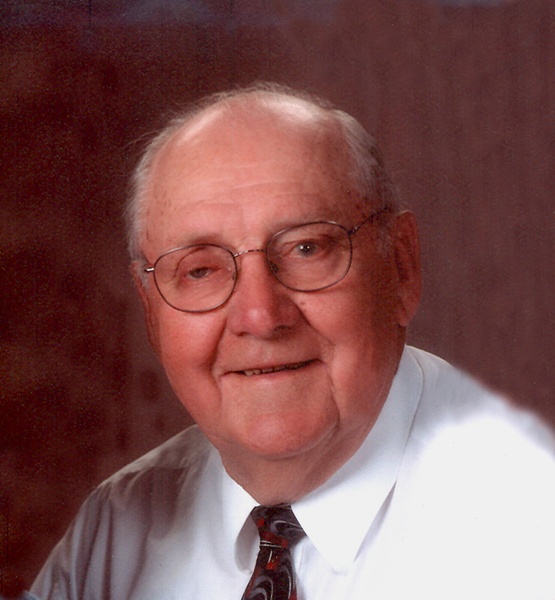 Lloyd Christensen, 83, Breckenridge, MN passed away on Monday, November 9, 2009 at St. Francis Healthcare Campus in . Funeral services will be on Thursday, November 12, 2009 at 1:30 PM at St. Mary’s Catholic Church, with Father Kenneth Popp officiating. Visitation will be on Wednesday, November 11, 2009 from 3 pm to 7 pm at Joseph Vertin & Sons Funeral Home, . Interment will be at St. Mary’s , . Honorary pallbearers will be the Railroad Retirees.

Lloyd was born on August 16, 1926 in to Mads and Maren (Pedersen) Christensen. He attended school in Fairmount and graduated in 1944. He served in the US Navy as a Sea Bee from 1944 to 1947. He then attended NDSCS for electrical schooling and wired farms when electricity went through to farms.

He was united in marriage to Joyce Burvee on November 10, 1952 at St. Anthony’s Catholic Church in . They made their home in and Lloyd began working for the railroad in 1951 and retired as a conductor in 1991.

Lloyd was a member of the American Legion and the Railroad Retirees. He enjoyed following all athletics even after his own children graduated. He was an avid golfer, hunter and fisherman. He loved cribbage, spending time in the lake country, and traveling, especially to visit his children and grandchildren.