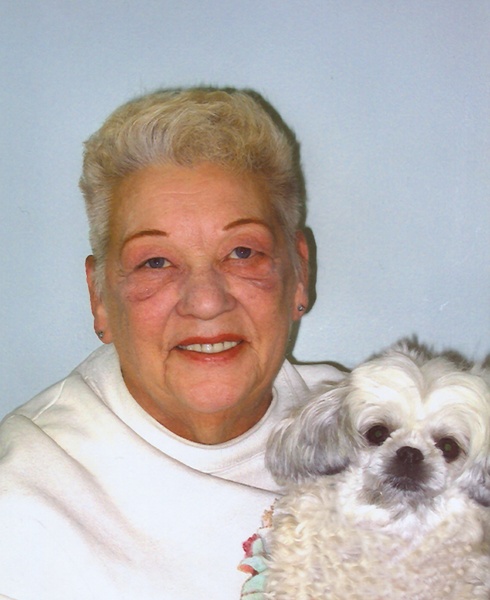 Lois Florence Hansen, 72 of Fergus Falls, MN died April 8, 2010 at Lake Region Hospital, Fergus Falls. The funeral is at Trinity Lutheran Church, Fergus Falls on Monday, April 19, at 11:00 am with Rev. Curtis Deterding officiating. Visitation will be one hour prior to the funeral service at the church. Interment is at Riverside Cemetery, Campbell, MN

Lois began her life on June 10, 1937 in Tenney, MN. She attended school in Campbell, MN. At age 17, she married her sweetheart, Arvid Bapp, in South Dakota. They began their life together and raised their son and daughter in Rosholt, SD. In 1972, they moved to Montivideo, MN. Arvid preceded Lois, April 9, 1990.  In the fall of 1992, Lois moved to Wahpeton, ND where she met and married Harold Hansen in August of 1998. Together they moved to Ashby, MN. Eleven months later, Harold preceded Lois. It was then that she decided to move to Fergus Falls, MN to be closer to her children.

Lois was very creative and was skillful in many different crafts. She loved beading, sewing, quilting, painting, making dolls and drawing. Friends and family were the proud recipients of her endeavors. Along with her love for crafts, she delighted in going to bible studies and diligent about doing her devotions. Her constant companion was her beloved dog, Ivy.

Lois adored her grandchildren and was very proud to be called their grandma. She considered time spent with her family as precious and among the best things in life.

Lois was preceded by her husband: Arvid Bapp; husband Harold Hansen; her sister, Pearl Toelle; her brother Charles Mauer
To order memorial trees or send flowers to the family in memory of Lois Hansen, please visit our flower store.