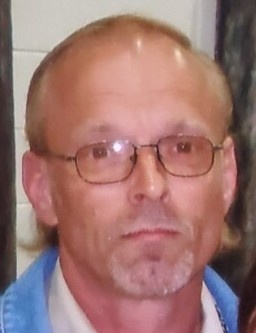 Lonne A Frankl, 61, of Breckenridge, MN, passed away at his residence on Thursday, June 25, 2020. The Memorial Service will be at 3 p.m., Tuesday, July 7, 2020, at Joseph Vertin and Sons Funeral Home, Breckenridge, with a visitation one hour prior to the service at the funeral home. Pastor Mark Manning will be officiating. Burial will be held at Fairview Memorial Gardens, Wahpeton.  Arrangements have been entrusted to Joseph Vertin and Sons Funeral Home, Breckenridge.

While maintaining social distancing guidelines, we are now able to accommodate gatherings of up to 250 people. The use of face masks by attendees is recommended, and we will continue taking the necessary steps to keep our facility clean. For those who prefer or require continued precautions, webcasting and/or live streaming is available in most situations.

Lonne was born in Breckenridge, MN, on January 8, 1959, to Lloyd and Ginny (Lezon) Frankl. He grew up and attended school in Breckenridge. After his formal education, he began helping his father with the family-owned and operated trucking business “Frankl & Sons Trucking.” He continued in this field until his father passed in 1984, after this, Lonne took over the business while owning and operating a few bars in the area. Aside from his trucking business, Lonne was also a popular handyman in the community.

From two separate marriages, Lonne was blessed with seven children.

Throughout the years, Lonne had a passion for tinkering with cars, shop work, going to the casino, occasionally trying his luck at pull tabs, and enjoying trips to the lake.

To order memorial trees or send flowers to the family in memory of Lonne Frankl, please visit our flower store.
Open