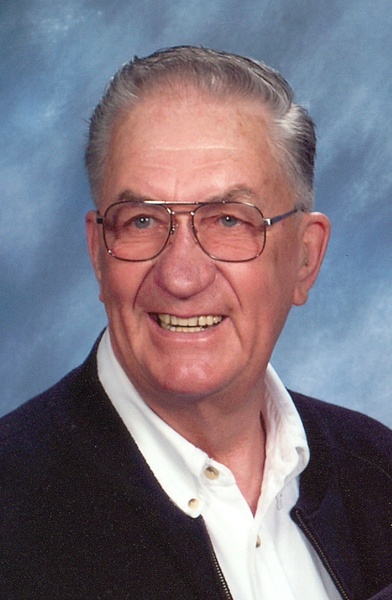 The funeral service will be at 11:00 a.m. on Friday, August 16, 2013 at Inspiration Lutheran Brethren Church in Breckenridge. There will be a visitation held at Inspiration Lutheran Brethren Church on Thursday, August 15, 2013 from 6:00 p.m. to 8:00 p.m. with a prayer service at 7:00 p.m. There will also be a visitation one hour prior to the service at the church on Friday. Joseph Vertin and Sons Funeral Home in Breckenridge is assisting the family.

Loran was born to Louie and Ida (Rovig) Haiby in Saginaw, Michigan on November 17, 1929. His first years were spent in Michigan where his father was a carpenter and later on various farms in North Dakota and Minnesota. In the fall of 1955 Loran left the farming to his dad and brother and went to work for the G&J Grain Company in Breckenridge until 1959. He then worked for the Sigco Grain Service driving an over-the-road semi-trailer truck, traveling many states and provinces in Canada and the United States. He met many wonderful people all those years on the road. Calgary, Alberta was to become a second home to Loran, as he made an average of 25 trips a year to Calgary and surrounding territory. He enjoyed the yearly event "The Calgary Stampede". In the fall of 1971 Loran accepted the challenge of the then quite new sunflower business at the Sigco Sun East Sunflower Plant where he was the manager. In 1985 Loran joined the Dick Conzemius Family at Conzemius Oil delivering gas to farms and stations until he retired in 2007. He worked part-time for various people his first three years of retirement including harvesting and some over-the-road trucking. Loran had been a victim of Neuropathy, which became more acute the last three years. He was still able to enjoy coffee with "the boys" at the Northern Grille and vacations on Ottertail Lake along with trips to St. Louis, Missouri, and riding his lawnmower.

Loran married Marlys Stone at Breckenridge Lutheran Church on October 15, 1960 where he was an active member for over 50 years. He served as usher, on the church council, Parish Ed Committee, Building Committee, as well as the Men's Club election night suppers. He was active in the Wilkin County Republicans where he served in various capacities for over 40 years, as well as a member of the Fraternal Order of Eagles for 38 years. Loran loved the land, farming, and all ag related business, walking the sunflower fields and delivering gas.

Loran was preceded in death by his parents Louie and Ida, brothers Verlyn and Marlyn, a brother-in-law Bill Saufferer, and several aunts, uncles, and cousins.
To order memorial trees or send flowers to the family in memory of Loran Haiby, please visit our flower store.