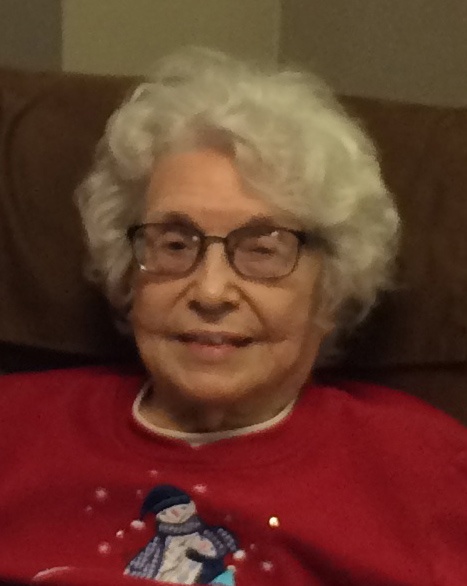 Lorraine Elinor Korinek, 96, of Breckenridge, MN, passed away on Thursday, January 15, 2015, at St. Francis Health Care Campus. The visitation will be at United Methodist Church in Breckenridge, on Friday, January 23, from 2:00 to 3:00 PM, followed by the funeral at 3:00 PM. Pastor Mark Gronseth and Pastor David Kuhfal are the officiants. The interment will be at Riverside Cemetery in Breckenridge.
Lorraine was born on October 28, 1918, to Alfred and Elizabeth (Gebhart) Leshovsky, on her grandparent's farmstead in Brandrup Township near Doran, MN. She attended school in Breckenridge, graduating from Breckenridge High School in 1936. Following graduation, she attended NDSSS for one year. She attained employment as the Bailiff for the Wilkin County Courthouse in Breckenridge; a position she held until her marriage to Alfred Korinek on November 6, 1940. The couple made their home on a farm near Doran where they were blessed with two children. In 1947, they moved into Doran, but continued farming small grains. Preparing for their retirement, Lorraine and Alfred moved into a home they had built in Breckenridge, in January of 1980. Alfred passed away on May 20, 1980. She remained in their Breckenridge home until her passing. Lorraine was an avid reader and had a special fondness for Western novels. She loved being outdoors and tending her flower garden.
Lorraine is survived by her daughter, Kate (Norm) Hiedeman of Breckenridge, MN; her five grandchildren, Kim Fuder of Bismarck, ND, Kevin (Ann) Hiedeman of Breckenridge, Kari (Brian) Johnston of Warroad, MN, LeRoy Korinek of Breckenridge, and LaRae (David) Kuhfal of Breckenridge; 12 great- grandchildren, Jacob and Nathan Fuder, Noelle (Jim) Green, Erik, Jack, and Thomas Hiedeman, Hannah, Katie, and Marlie Johnston, Kortney Korinek, and Bode Kuhfal; her great-great grandchild, Mollie Green; her sister, Phyllis Leshovsky; and her daughter-in-law, Judy Korinek.
She was preceded in death by her parents, Alfred and Elizabeth; her husband, Alfred; her son, Thomas; her siblings, LeRoy, and Elroy, Helen, and Anna (in infancy).
To order memorial trees or send flowers to the family in memory of Lorraine Korinek, please visit our flower store.