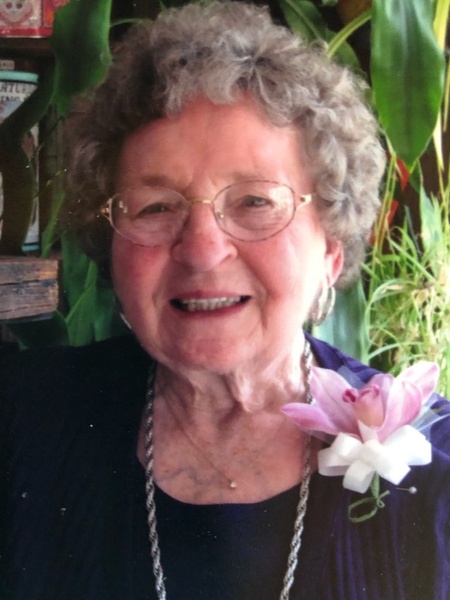 Louise was born on a farm near Breckenridge, on April 4, 1919, the daughter to Adolph and Anna (Sedivy) Mikesh. She attended grade school in Doran, MN, and later, graduated from Breckenridge High School in 1937. She continued her education at Minnesota State Technical College and in 1939, received a two-year teaching certificate. She began teaching at a rural school, District 65, and at the Doran school. She was united in marriage to Vincent Summerville during World War II, on November 4, 1944, while Vincent was on furlough. After the war, they moved to Brushvale, MN, and raised their family. They managed the Kent-Doran grain elevator for 20 years. In 1967, her loving husband of 23 years passed away. Louise returned to teaching at Richland 44 school in Christine, ND, and later, in Abercrombie, ND, as a first-grade teacher. In 1969, Louise and her children moved to Breckenridge.

In 1974, Louise married Joe Wieser and helped raise his youngest daughter, Joan. She also opened her home to a foreign exchange student from Japan, Mayumi Laubscher, and they formed a very close relationship. Louise decided to retire from teaching in 1982. During her free time, Louise and Joe enjoyed dancing, bowling, and traveling to several states including Alaska and Hawaii. After Joe passed in 1999, Louise continued to bowl and attended many Women’s National Bowling Tournaments. She also enjoyed international travel, playing cards, and was an avid daily writer in her diary. She was a member of the VFW Auxiliary for over 50 years. She loved spending time with her friends and family. Louise had a heart for the Lord and never missed church. Louise dedicated her time to organizations such as 4H and the Wilkin County Homemakers. She took special pride in her garden and showcased several flowers in which she received many blue ribbons at the Wilkin County Fair.

She was preceded in death by her daughter, Betty Aslberg and step-daughter, Joyce Bladow. She was a beloved wife to Vincent Summerville in his time of need, staying by his side until his death, and then again, she showed incredible compassion with Joe Wieser, also caring for him at home until his death; she also cared for her parents, Adolph and Anna Mikesh; sisters, Verna Mikesch and Helen Summerville.

To order memorial trees or send flowers to the family in memory of Louise Wieser, please visit our flower store.