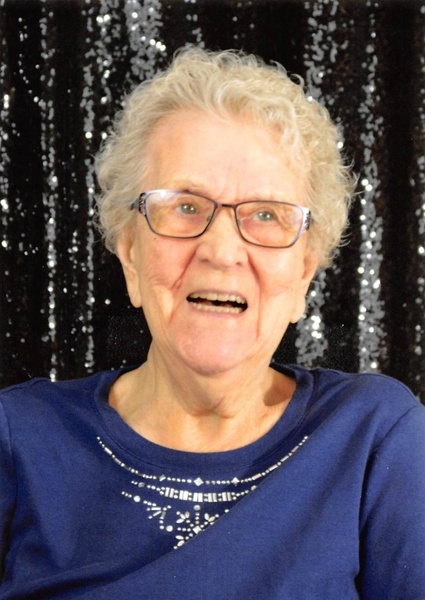 Lucille Hazel (Lamm) Miller, 90, of Breckenridge, MN, passed away at St. Francis Nursing Home, on Tuesday, May 27, 2020. Due to the current health crisis impacting our country, a private service will be held in the coming days to honor Lucille’s life.

Lucille was born in rural Tintah, MN, on June 18, 1929, to Alva and Hazel (Hersom) Lamm. She grew up and attended school in Campbell. After graduating in 1948, Lucille went on to pursue her associate’s degree at Interstate Business College in Fargo, ND.

On October 23, 1949, Lucille was united in marriage to Bruce R. Miller in Western Township, rural Fergus Falls, MN. Following the wedding, the couple spent time in McAllen, TX, while Bruce worked on a construction project. When they returned, they made their home in Campbell where together they built their own house.

After Bruce passed away on August 4, 1962, Lucille continued to live at their home in Campbell, raising their three girls. She went to work at the Tintah School and later took a job at 1st National Bank in Breckenridge.  Lucille purchased the Ranch House bar in Campbell and began renovations by adding a kitchen, turning it into a steak house. In 1986, she moved to Fergus Falls MN and worked as a bookkeeper until she started her own business “Bookkeeping Unlimited.”  While in Fergus Falls, she was an active member of Faith Lutheran Church where for several years she enjoyed making quilts for each baby who was baptized. In the fall of 2016, Lucille moved to Breckenridge and became a member of Grace Lutheran Church.

She enjoyed sewing, quilting, and gardening. Most of all, Lucille loved spending time with her family and friends.

To order memorial trees or send flowers to the family in memory of Lucille Miller, please visit our flower store.