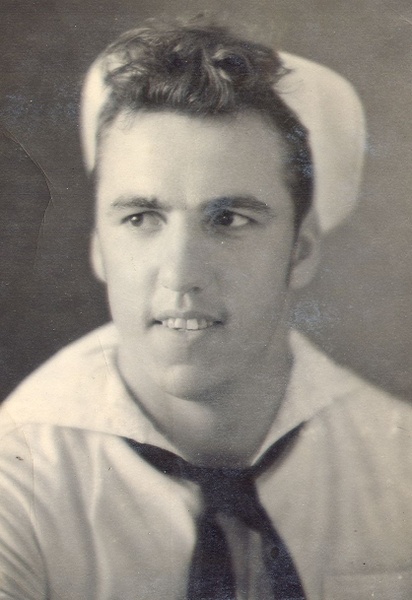 Lyle Kermit West, 89 of Wahpeton, ND, died Saturday, June 15, 2013 at St. Francis Nursing Home, Breckenridge, MN. The funeral is 10:30AM, Thursday, June 20 at Joseph Vertin & Sons Funeral Home in Breckenridge. The visitation is from 5:00 to 8:00PM with a prayer service at 7:00, on Wednesday, June 19 at Joseph Vertin & Sons Funeral Home. Pastor David Cripe and Pastor Peter Erickson will be officiating.
Lyle was born on August 28, 1923 to August and Bertha (Menge) West in Fargo, ND. He grew up and attended school in Moorhead and the rural schools in Clay County, MN. He attended the Lincoln Aeronautical Institute in Lincoln, NE, graduating in 1942 upon completion of an aircraft sheet metal course. He was employed at the Consolidated Aircraft Corporation Manufacturing Plant in San Diego, CA from April 1942 to June 1943 as a riveter. His sister Florence, his brother Frank, and his sister-in-law Elsie were also employed at the same plant, all four working to build B-24 Liberator Bombers for the war effort. In June 1943, Lyle enlisted in the U.S. Navy, attending basic training at U.S. Naval Training Station, in Farragut, ID. Lyle served aboard the USS Onslow (AVP-48), participating in naval operations in the Pacific Theater; including campaigns in the Marshall Islands, Marianas, and the Western Caroline Islands. In 1945, he transferred to Boat Pool 15-1, stationed at U.S. Naval Base in Manila, Philippine Islands. Lyle was honorably discharged from the U.S. Navy in March of 1946 with the rank of Boatswain's Mate 2nd Class.
After his military service, he moved to the Breckenridge area and began farming. On February 2, 1952, Lyle was united in marriage to Dorothy Pierce at the First Baptist Church parsonage in Breckenridge. In the fall of that year they moved to their farm west of Wahpeton where Lyle farmed for 43 years, retiring after the 1988 harvest. Never one to sit idlely by, Lyle served on the Center Township Board of supervisors for 33 years, operating their township grader and maintaining the roads. He was also on the board of directors for several agriculture groups and the local rural water system. He was an active member in the First Baptist Church in Breckenridge where he served on the church board and participated in many church projects. He was also a life member of the Veterans of Foreign Wars of the United States.
Lyle was a farmer at heart. He believed that farming, despite its hardships and disappointments, was the most honest and honorable way a man can spend his days on this earth. He was fond of spending time in his shop tinkering, fixing, and repairing. He was an avid reader and a devoted family man. He was grateful for the gifts that God gives that are free-the bounty of the earth, the beauty of the sunrise, the glory of the sunset after a hard day of work.
Lyle is survived by his wife of 61 years, Dorothy; their five children, Richard (Linda) West of Fergus Falls, MN; Paul West of Wahpeton, ND, Greg West of Grand Forks, ND, Clay West of Breckenridge, MN and Lori (Dean) West-Sime of Fargo, ND; his 5 grandchildren and 1 great-grandchild; 2 sisters, Doris and Florence; and 2 brothers, Ross and Ken.
Lyle is preceded in death by his parents; his siblings, Frank, Thomas, Rusty "White", Boyd (in infancy), and Alice.

Lyle Kermit West
To order memorial trees or send flowers to the family in memory of Lyle West, please visit our flower store.