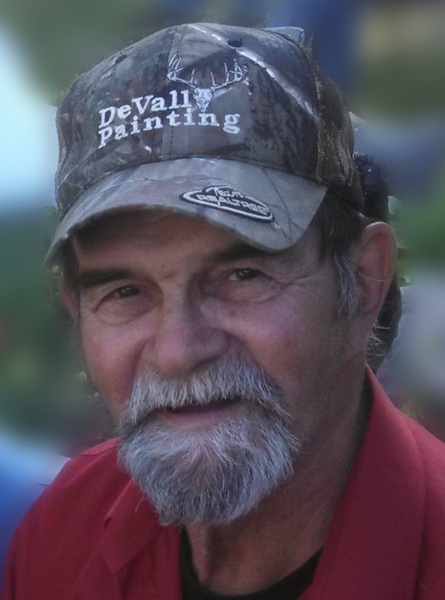 Magnus Vizenor, 76, of Ponsford, MN, formerly of Breckenridge, MN, passed away in his home on Wednesday, May 28, 2014. There will be a visitation from 1:00 to 5:00PM, with a prayer service at 4:00PM, on Sunday, June 1, at Old Pine Point School in Ponsford. The visitation will continue from 9:00 to 10:30AM, on Monday, June 2, at Joseph Vertin & Sons Funeral Home in Breckenridge. There will be Family Rosary at 9:00AM. The funeral will be at 10:30AM, at St. Mary's Catholic Church in Breckenridge. The interment will be at St. Mary's Catholic Cemetery in Breckenridge. Father Stan Wieser is the Celebrant.
Magnus "Moxie" Vizenor was born on November 10, 1937 at White Earth, MN, to Joseph and Irene (Martin) Vizenor. He grew up and attended school at Ponsford, MN, graduating from Park Rapids High School in 1957. Following high school, he joined the US Army. He was stationed in Germany, serving his country during the Korean Conflict. He was honorably discharged from the Army in 1960. At that time he began working at a GM Plant in California. He then relocated to Breckenridge, MN, where he met Linda Brunkhorst. Moxie joined the Iron Range work force in North East Minnesota. He was united in marriage to Linda on January 8, 1965 at St. John's Catholic Church in Wahpeton, ND. The couple lived in Hibbing, MN, for 3 years and then returned to the Breckenridge/Wahpeton area. Moxie achieved a 4-year Business/Accounting degree at Moorhead State College, and worked at various jobs until he was hired as a Conductor for the Burlington Northern Railroad; a position he held for 20 years. Upon his retirement from the railroad, he moved to his lake cabin on Ice Cracking Lake, a retreat he called home until his passing.
Moxie was a member of the White Earth Indian Nation and Wahpeton VFW.
He enjoyed the solitude of the being in the woods which coupled well with his love of hunting and fishing. He was a playful joke teller and a skillful card player, and really looked forward to the holiday family gatherings. Moxie will be remembered for his love, kindness, thoughtfulness, generosity, and empathy to others. His message for family and friends is, "Live your life as if I was still here."
Moxie is survived by his wife, Linda Vizenor of Breckenridge, MN; his three sons, Joe (Tammy) Vizenor of Breckenridge, MN, Jeff (Rhonda) Vizenor of Breckenridge and their children, Justin, Carly, Jacob, and Cierra, and Ed Vizenor of Sacramento, CA and his son Beau; seven sisters, Betty Maher of White Earth, MN, Rita Boriin of Chisolm, MN, Cleo (Cliff) Warren of White Earth, MN, Judy (Bill) Henry of Minneapolis, M, Bernie (Gary) McLyea of Indianapolis, IN, Antoinette Vizenor of White Earth, MN and Wilma Henry of Mt. Pleasant, MI; and several nieces and nephews.
Moxie was preceded in death by his parents, Joseph and Irene; his son Patrick; and his brother Joseph.
To order memorial trees or send flowers to the family in memory of Magnus Vizenor, please visit our flower store.