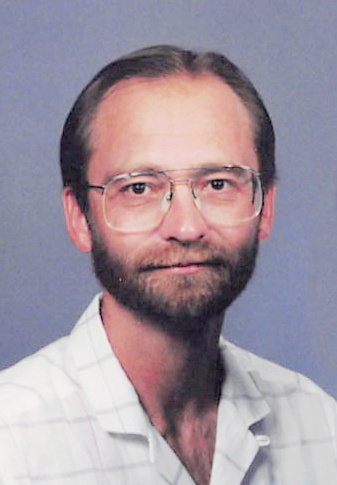 Marc Scott Manikowske, 61, passed away peacefully on Sunday, March 13th at Bethany on University in Fargo, ND, after a long battle with COPD. Marc was laid to rest in St. Mary's Cemetery, Breckenridge, following a private family service on March 16, 2016, at Joseph Vertin & Sons Funeral Home.
Marc was born in Breckenridge, MN, on September 13, 1954, the youngest son of Delbert and Angeline Manikowske. He attended St. Mary's School and graduated from Breckenridge High School in 1972. Marc was lucky to spend his summers in Massachusetts with his brother John during his high school years. He then attended Moorhead State University where he graduated with a degree in Industrial Education. In 1988, Marc went on to receive his Master of Education degree in Education Administration from South Dakota State University.
In 1975, Marc married Linda Langseth in Breckenridge, Minnesota. They lived in Fargo until 1980 when they moved to Brookings, SD. Marc taught Industrial Education and coached football and track at Rutland Public School in Rutland, SD and Linda was an Extension Specialist at South Dakota State University. They became the happy parents of two beautiful daughters, Trista in 1983 and Tara in 1987. In 1988 the family moved to Ames, Iowa where Marc worked as a mason helping to support Linda as she continued her education. They moved back to Brookings in 1990. Marc taught in Wessington and Dell Rapids, SD but eventually left teaching to become a cabinetmaker. Marc was a gifted woodworker and enjoyed creating special pieces in his shop at school. He used those skills in his cabinetmaking jobs to design, finish, and install his work to the homeowner's satisfaction. He prided himself on doing an excellent job.
In 1996 the family moved to Fargo where Marc again found work as a cabinetmaker until his COPD became a disability for him. In February of 2015, after several months in the hospital, Marc moved to Bethany on University in Fargo. He enjoyed his time there every day under the good care of nurses and staff.
Marc was a dog-lover and took good care of Amber, his golden retriever and Summer and Lily, the cocker spaniels who lived at the Manikowske house. Recently he enjoyed visits from his special friend Paisley, the pup who lives at Linda's. He was an avid sports fan, following Minnesota Gopher basketball and Twins baseball especially. In Brookings he became quite a good gardener and really enjoyed yardwork. He also loved his time at Battle Lake with the family.
Marc is survived by Linda Langseth Manikowske, his best friend for 46 years, his daughters, Trista (Steph Olson) of Greely, CO, and Tara (Taylor) Stroh and grandson, Ethan of Fargo; his sister, Carol Gullickson of Danbury, WI; brothers-in-law, Jay and Brian (Karen) Langseth, nieces, Patty and Michelle, and nephews, David, Steven, and Brian Gullickson, Kristi (Jason) Imsdahl, Derek Langseth, Talina Skirko, Erica Silbernagel, Amanda (Ryan) Crouse, and John Langseth; and grand-dogs, Diesel, Sugar, Emma, and Brooklyn. He was preceded in death by his parents, and his brother, John.
To order memorial trees or send flowers to the family in memory of Marc Manikowske, please visit our flower store.