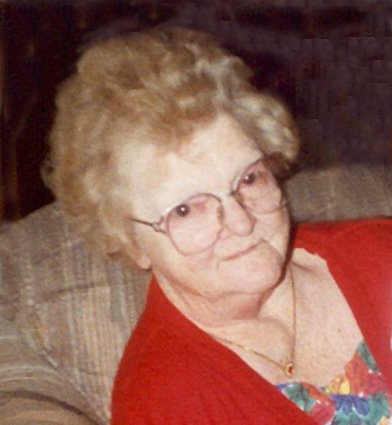 Her funeral will be Thursday, June 11, at 2:00p.m. at , , with Pastor Harvey Henderson officiating.

Visitation will be Wednesday, June 10, from 4:00 to 7:00p.m. with a prayer service at 6:30p.m. at Joseph Vertin & Sons Funeral Home, . There will also be visitation one hour prior to the funeral at the church.

Margaret was born October 9, 1917 at Pelican Rapids, MN to and Betsey (Moen) Berg. She grew up and attended school in near Pelican Rapids. After she completed her schooling she worked at a lefse factory in . Margaret was united in marriage to Elmer Lerbakken on September 25, 1938 at , Rothsay. The couple lived in Rothsay until 1955, and then moved to Breckenridge. Margaret cooked for several restaurants in Breckenridge and Wahpeton, ND. They included Rex Café, Clem’s, Bud’s, The Stratford Hotel, Doran Steakhouse, Vada’s Café, and the Breckenridge Senior Citizen’s Center.

Margaret was a member of the , Sons of Norway, Eagles, VFW, and the American Legion Auxiliaries, and the Red Hat Ladies. She was best known as the “Lefse and Donut Maker.” Friends and neighbors will miss her homemade cookies. She played in the “Kitchen Band” and loved to play Bingo and Whist, and any games her grandchildren liked to play. She also enjoyed going to the casino.

She was preceded in death by her parents: and Betsey Berg; her husband: Elmer Lerbakken on May 19, 1987; her four daughters: Darla Jean, Cynthia, Darlene Emily, and Sandra F. Dockter; A grandson: Terry Heley; Her 4 sisters: Catherine, Christine, Lenore, and Bernice; Her 3 brothers: Julian, Odin, and Bennett

To order memorial trees or send flowers to the family in memory of Margaret Lerbakken, please visit our flower store.