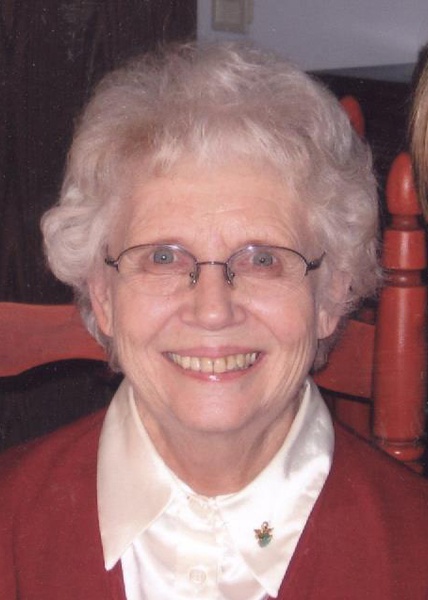 Marian Bernice Larsen, 79, of Breckenridge, MN, passed away on Friday, May 9, 2014 at the Twin Town Villa in Breckenridge. The visitation will be at Joseph Vertin &Sons Funeral Home, from 5:00 to 8:00PM, Sunday, May 11, 2014, with the prayer service at 7:00. The visitation will continue at Breckenridge Lutheran Church on Monday, May 12th from 10:00 to 11:00AM, followed by the funeral, with Pastor Mark Manning officiating. Interment will be at Rindal Lutheran Cemetery, near Underwood, MN.

Marian was born December 6, 1934, to Elmer and Margrethe (Wold) Nelson, on the family farm, near Battle Lake, MN, in Tordenskjeld Township, Ottertail County. Her father passed away when she was 5 years old, at which time the family relocated to a farm near Underwood. Marian attended Country School #112 through 8th grade, graduating from Underwood High School in 1953. Following graduation, she attended Lutheran Deaconess College in Minneapolis, MN, where she received her Registered Nursing degree. On November 3, 1956, Marian was united in marriage to C. John Larsen, Jr. at Rindal Lutheran Church in Underwood. They made their home in Underwood, Battle Lake, and Fergus Falls, MN before finally settling in Breckenridge. In 1966, she began her employment as an RN with St. Francis Hospital in Breckenridge. After John's stroke in 1991, Marian stayed home to care for him. John died June 22, 2008.

As an active member of Breckenridge Lutheran Church, Marian was devoted to many functions in the church, including the quilting club, the book club, and Faith Care & Share. She spent many relaxing hours tending her garden and reading. Family and friends were the center of her universe and spending time with them was considered pure joy.

Marian is preceded in death by her parents, Elmer and Margrethe; her husband, John; and her sister and brother-in-law Eunice (Jerry) Williams.
To order memorial trees or send flowers to the family in memory of Marian Larsen, please visit our flower store.