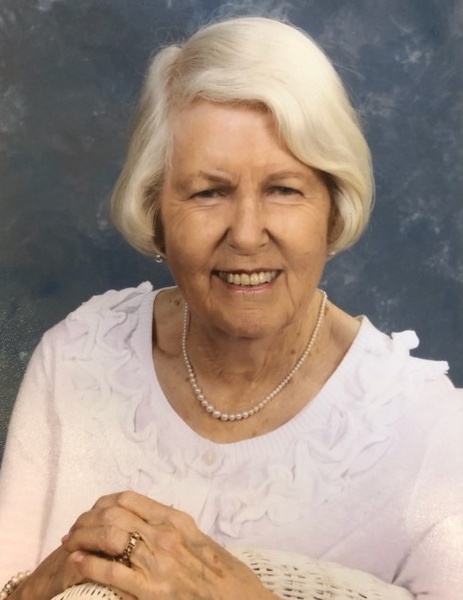 Marjorie Fay Eastman, 91, of Breckenridge, MN, passed away at St. Francis Medical Center on Sunday, January 5, 2020. The funeral service will be held at 2 p.m., Friday, January 10, 2020, at Joseph Vertin and Sons Funeral Home, Breckenridge, with a visitation one hour prior to the service. Rene Hasbargen will be officiating. Burial will be held at Kenosha, WI, at a later date. Arrangements have been entrusted to Joseph Vertin and Sons Funeral Home, Breckenridge.

Marjorie was born in Tilden, IL, on December 20, 1928, to Harold and Nellie (Hemphill) Fulton. She grew up and attended school in Kenosha, WI, and in 1946, graduated from Mary D. Bradford High School, Kenosha. After graduating, Marjorie went on to work as a secretary for several years.

On April 23, 1949, Marjorie was united in marriage to Robert Eastman in Kenosha. They made their home there and Marjorie continued to work as a secretary while Robert worked at Simmons Mattress Co. In 1956, Robert received a promotion that brought the family to Columbus, OH, and in 1963, Marjorie began working for “Highlights for Children” magazine and later was promoted to the magazine’s marketing coordinator. With this promotion, she traveled throughout the country presenting at educational conventions.

After she retired, they moved to Big Canoe in the North Georgia Mountains, moving there was the “icing on the cake” for them. Robert passed away on February 21, 2005, at Marietta, GA and Marjorie continued to live there until she moved to Breckenridge in 2011.

Always aspiring to be like Martha Stewart, Marjorie blessed family, friends, and even strangers with her talents as a hostess and cook. She was a fabulous sport and was Robert’s best audience for his notoriously corny jokes. In her spare time, Marjorie enjoyed reading, quilting, and playing cards. With the help of her job, she was able to fill one of her passions, traveling, and went to all but 2 of the 50 states. Above all, she adored spending time with her family, especially her grandchildren and great-grandchildren.

She was preceded in death by her husband, Robert; parents; Harold and Nellie Fulton; sisters, Elizabeth Pihl and Inez Hagberg.

To order memorial trees or send flowers to the family in memory of Marjorie Eastman, please visit our flower store.