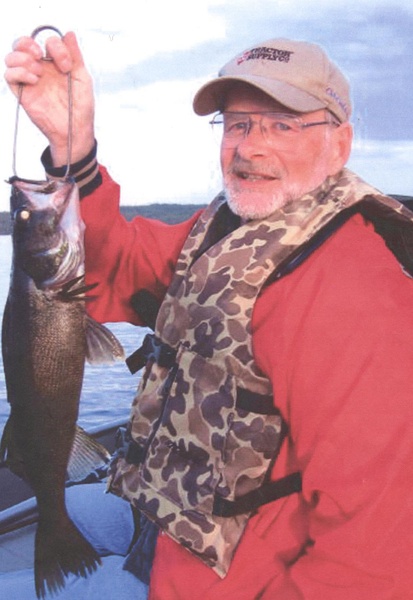 Mark Chester McNelly, 63, of Battle Lake, MN passed away peacefully at his home, Saturday, February 15, 2014, through the hands of his girls into the arms of the Lord; after a courageous battle with multiple sclerosis. The visitation will be from 5:00 to 8:00PM, with a prayer service at 7:00PM, on Monday, February 24, 2014 at St. John's Catholic Church in Wahpeton. The visitation will continue one hour prior to the funeral at Our Lady of the Lake Catholic Church in Battle Lake. The Mass of Christian Burial will be at 11:30AM, Tuesday, February 25, 2014 at Our Lady of the Lake Catholic Church. Father Leroy Schik is the Celebrant. The interment will be at Our Lady of the Lake Catholic Cemetery, Battle Lake.
Mark was born June 24, 1950 in Fosston, MN, to Dean and Joyce (Reed) McNelly. The family lived in various communities including Kenyon, Clinton, Graceville, Karlstad, and returned to Fosston where he graduated from high school in 1968. He valued the camaraderie of his three brothers and three sisters. He furthered his education at Concordia College in Moorhead, MN, where Mark earned a Bachelor's degree in Business Administration with an emphasis in Healthcare, in 1972.
Mark began his esteemed career in healthcare at Bishop Drumm Nursing Home in Des Moines, IA. After one year, he moved to Williston, ND, where he was employed at Mercy Hospital for seven years. There he met his caring and supportive wife of 33 years, Patricia, who he married at Elim Lutheran Church in rural Alvarado, MN, on June 21, 1980. In the next years, Mark worked at Mercy Medical Center in Nampa, ID, where their first child, Katherine, was born; then as a CEO at Mercy Hospital in Valley City, ND, where they welcomed their second child, Brianna. It was during this time he received his master's degree from the University of Notre Dame. Mark continued his vocation when he accepted the position as CEO at St. Francis Medical Center in Breckenridge, in 1986. Throughout his career, Mark was actively involved with various healthcare and community organizations on the local, state, and national level.
Beginning a sabbatical in 1997, Mark loved to lend a helping hand to those in need, whether volunteering with Tax Aide, assisting friends and family with projects, or working with Habitat for Humanity. He also enjoyed many outdoor hobbies including tinkering in his shop, hunting, fishing, and motorcycling with his family and fellow Cobbers. Always fond of sports, he looked forward to the football, baseball, basketball, hockey, and volleyball seasons. Mark also took pleasure in writing poetry, woodworking, and rock concerts. At sunrise, you could find him on the front porch with a cup of coffee in hand.
In 2004, Mark returned to the workforce accepting a position as Director of Practice Management at Mercy Hospital in Williston, ND where he worked until 2006. During this time, he was diagnosed with multiple sclerosis. Mark and his wife, Patricia, chose to return home to Battle Lake, where he continued to enjoy the loving support of his family and friends.
He is survived by his wife, Patricia; his daughters, Kate (Andy) Morical of Fergus Falls, MN and Bri McNelly of Fargo, ND; his granddaughters, Lily, Josilyn and Finley; his mother, Joyce McNelly of Fosston, MN; his brothers, John (Lynnda) McNelly of Jackson, MN, Michael (Carra) McNelly of Cookeville, MN, Paul (Sue) McNelly of Champlin, MN; his sisters, Deanna Robertson of Maple Lake, MN, Mary (Bill) Stroozas of Duluth, MN, Terry (Rob) McCleary of Duluth, MN and several nieces and nephews.
He was preceded in death by his father, Dean McNelly, grandparents, aunts and uncles. Mark has been entrusted to the care of Joseph Vertin & Sons Funeral Home in Breckenridge.
To order memorial trees or send flowers to the family in memory of Mark McNelly, please visit our flower store.