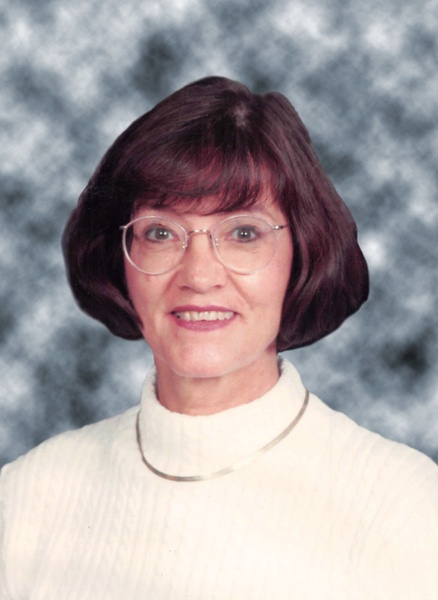 Marlene Arndt, 84, of Breckenridge, MN, passed away on Monday, March 7, 2022, at CHI St. Francis Nursing Home in Breckenridge.  Visitation will be held on Saturday, March 12, 2022, from 1:30 PM to 2:30 PM, followed by her funeral service at 2:30 PM at Valley Christian Church in Breckenridge.  Burial will be held at a later date at Riverside Cemetery in Breckenridge.  A live stream of her service will be available on her obituary page on the funeral home’s website.  Arrangements have been entrusted to Joseph Vertin and Sons Funeral Home.

On March 17, 1962, Marlene was united in marriage to Dale Arndt.  Marlene and Dale moved to Eden Prairie, MN, where she ran a home daycare for many years.  They were later blessed with two children, Douglas and Sheila.  Their family then moved to Baxter, MN, where she worked as a paraprofessional for several different schools.  The couple finally settled in Breckenridge where she continued her career as a paraprofessional.  Dale was the love of Marlene’s life, and they were very committed to each other for 52 years before his passing in 2013.

Marlene loved spending time at her home on Perch Lake in Baxter with her family and friends.  She enjoyed playing dominoes, as well as fishing and camping in her later years.  She adored her grandchildren and cherished her time spent helping out and watching them grow.  Marlene’s faith and love for the Lord were very important to her, and she studied her Bible and attended church regularly.

She was preceded in death by her husband, Dale Arndt; her parents, Charles and Mildred Green; and her siblings, Sonny Green, Dennis Green, David Green, and Lois Wiertzema.

To order memorial trees or send flowers to the family in memory of Marlene Arndt, please visit our flower store.
Open