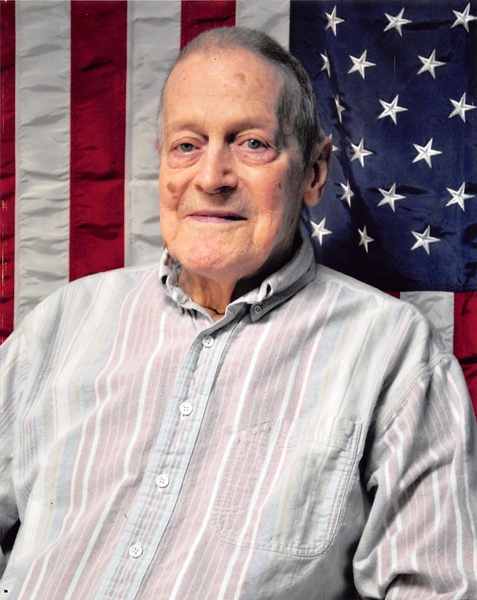 Marvon Ronald Eklind, 89 of Breckenridge, MN, went home to his Lord and Savior on Sunday, May 1, 2016, at CHI St. Francis Nursing Home in Breckenridge. The visitation will be from 5:00 to 7:00 pm, on Wednesday, May 4, at Joseph Vertin and Sons Funeral Home in Breckenridge. The visitation will continue from 10:00 to 11:00 am, on Thursday, May 5, at Valley Christian Church in Breckenridge, followed by the funeral at 11:00. Pastor Dean Bjorlin will be officiating. The interment will be at Riverside Cemetery in Breckenridge.
Marvon was born on February 20, 1927, in Crosby, MN, one of six children born to Herman and Julia (Clark) Eklind. He graduated from Crosby High School in 1944 and that same year he enlisted in the US Navy. He was honorably discharged three years later and then went to work in the iron ore mines of northern Minnesota. He was united in marriage to Delores Dolly Richards on August 6, 1949 in Brainerd, MN. The couple began their lives together in Crosby. They then began a series of moves which spanned their entire married life. It began with a move to Minneapolis, MN, followed by a time in Wahpeton before they settled down in Marshall, MN in 1957. Marvon was a manager at a Sears store there until 1968, when they returned to Wahpeton where Marvon became a partner in Nielsen Electric. Nine years later, Marvon and Delores moved to Lisbon, ND, to operate an appliance store. Eventually, they again made their way back to Wahpeton where he was employed with Hinsverk's Appliance. In the early eighties, they moved to Brookings, SD and then to Fargo, ND where he worked at Akin's Electric until his retirement in the late eighties. Delores passed away in 1989. Marvon moved to Breckenridge in 2007.
Marvon was a man of integrity. A strong work ethic and honesty were weaved into the very fiber of his being. He loved his family immensely and welcomed all the time spent with them. He especially treasured their winter getaways when they traveled to hotels for swimming and family fun. He was passionate about golf, intrigued by science and technology, and perfectionism fueled his work and hobbies. Marvon loved to do woodworking and crafted many things for friends and family. The building of remote control planes challenged his left-brained, systematic side, but the joy of flying them with his family cinched the experience. He was an avid reader and a history buff. His favorite vacationing spot was anywhere in the Brainerd area.
Marvon is survived by his three children, Michael (Nancy) Eklind of Breckenridge; Susan (Russell) Pfau of Cedar Rapids, IA; and Jill (Mike) Anderson of Fargo, ND; a special friend, Esther Gordon; his seven grandchildren, nine great-grandchildren and one great-great grandson; and many nieces and nephews. He is preceded in death by his parents, Herman and Julia; his wife, Delores; a brother, Harlan Eklind; and four sisters, Helen Peavler, Renee Smith, Irene Northberg, and Bernice McLearie. To order memorial trees or send flowers to the family in memory of Marvon Eklind, please visit our flower store.