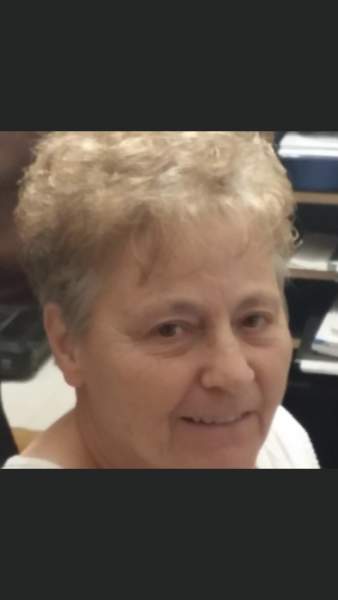 Mary Jackson, 74, of Breckenridge, MN, passed away at her residence on Monday, June 8, 2020. A public visitation will be held from noon to 1 p.m., Tuesday, June 16, 2020, at Joseph Vertin and Sons Funeral Home, Breckenridge, followed by a private family service. Expressions of sympathy during this time can be left on the condolences page available with the obituary on our website. Arrangements have been entrusted to Joseph Vertin and Sons Funeral Home, Breckenridge.

Mary Jackson was born in Wahpeton, ND, on July 23, 1945, to Norman and Virginia (Tryba) Howard. She grew up and attended school in Breckenridge, later graduating high school in 1963. Mary was united in marriage to Donald George Lawrence at St. Mary’s Catholic Church, Breckenridge. Donald was in the United States Army which moved the couple to various locations across the country, eventually moving them to Alaska. It was during that time when Mary met Paul Jackson and moved to Michigan. After spending time there, Mary moved back to Breckenridge.

After returning to Breckenridge, Mary was a cook at several local businesses, most notably at the North Dakota State School of Science, Wahpeton. She then worked at 3M, Wahpeton, which later became known as Imation Corp.

On May 20, 2005, Mary was united in marriage to Paul Jackson. After this, Mary took an early retirement at Imation Corp. and lived out the rest of her life taking care of those she loved. During her retirement, she also worked part-time at Taco Johns, Wahpeton, where she was very popular with her employees and customers.

To order memorial trees or send flowers to the family in memory of Mary Jackson, please visit our flower store.