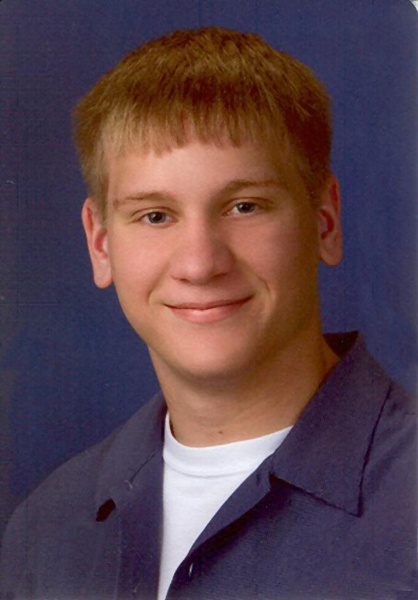 
The funeral for Michael will be held on Wednesday, February 11, 2009 at 10:30 A.M. at St. Mary’s Catholic Church in Breckenridge, with Fr. Kenneth Popp officiating.

Visitation will be Tuesday, February 10, from 4:00 P.M. to 7:00 P.M. at Joseph Vertin & Sons Funeral Home, . There will also be visitation one hour prior to the funeral at the funeral home.

Michael Douglas Cremers was born June 9, 1987 in , the son of Douglas and Sharon (Petersen) Cremers. He attended Breckenridge Schools, graduating from in 2006. He furthered his education at NDSCS in Wahpeton, ND and was currently attending in enrolled in Computer Science and Programming.

Michael enjoyed computers, music, spending time in the outdoors, archery, working at Burger King and his co-workers, and spending time with his family and friends.

To order memorial trees or send flowers to the family in memory of Michael Cremers, please visit our flower store.