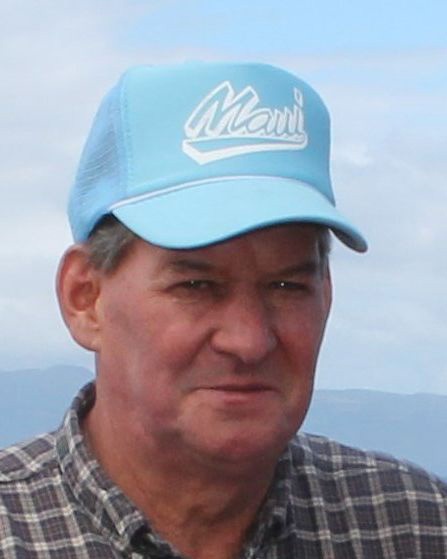 Michael "Mike" Allan Deal, 61, of Breckenridge, MN, passed away on Friday, April 21, 2017, at Sanford Health in Fargo, ND. There will be a visitation on Tuesday, April 25, 2017, from 4:00 PM to 7:00 PM, with a prayer service at 6:00 PM, at Joseph Vertin and Sons Funeral Home in Breckenridge. Visitation resumes on Wednesday, April 26, 2017, at 9:00 AM, at the funeral home, with Mass of Christian Burial at 10:00 AM, at St. Mary's Catholic Church in Breckenridge. Interment will be at St. Mary's Catholic Cemetery in Breckenridge.
Mike Deal was born in Breckenridge, MN, on August 10, 1955, one of nine children born to Edgar and Arlene (Jirak) Deal. He grew up southeast of Doran on the family farm and graduated from Breckenridge High School in 1973. Following high school, Mike (known to his friends as "Gilligan") attended Detroit Lakes Technical School and graduated from the agriculture program. Pursing his love of farming, he joined his dad and brothers, and eventually sons and nephews, in growing the family business. On October 22, 1977, Mike was united in marriage to Cindy Schuler at St. Mary's Church in Breckenridge. They were blessed with three children, Paul, Justin, and Christine. Mike was a member of St. Mary's Church and an active member of the Bradford Township board for many years.
Mike's "true north" was farming and family but he also enjoyed the simple things in life like, yard work, tinkering in the garage, loud motors and big tires. Mike was a gifted mechanic which was an essential component in the Deal Brothers day to day farm operations. In addition, Mike loved spending time at the lake with his family and friends, listening to music, and dancing. He was a quiet man with a kind and gentle soul which spoke volumes about how he lived his life. He received much satisfaction in knowing his children were happy and doing what they love.
Mike will be missed by his wife of 39 years, Cindy; his children, Paul (Ashley) Deal of Campbell, MN, Justin (Kiana) Deal of Elbow Lake, MN, and Christine (Jordan Woessner) Deal of Battle Lake, MN; his father, Edgar; his brothers, Lynn Deal, Dan (Ann) Deal, Tom (Cindy) Deal, Jim (Connie) Deal; his sisters, Susan Bernier, Sandy Mess, Barb (Bruce) Schaible, and Jane (Mike) Hansen; his sisters and brothers-in-law, Jay Schuler, Coni (Terry) Waibel, Kari (Kyle) Steinborn, Kathy (Tim) Deal, Tom (Char) Schuler, and Christy (Tom) Haire; numerous nieces, nephews, and cousins, close friends, as well as his "grandpups", Hank, Bear, and Kona. He was preceded in death by his mother, Arlene; his father and mother-in-law, Bob and Mavis Schuler; brother-in-law, Rob Schuler; and several aunts and uncles.
In lieu of flowers, a scholarship fund will be established in Mike's name. Checks can be made out to the Mike Deal Scholarship Fund. Michael's Memorial Folder'
To order memorial trees or send flowers to the family in memory of Michael Deal, please visit our flower store.