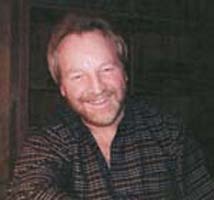 His funeral will be held on Monday, December 22, at 11:00 AM at ’s Catholic Church in Tintah, with Fr. Andrew Marthaler and Fr. Arlie Sowada officiating.

Visitation will be held in Tintah on Sunday, December 21, 2008 from 4:00 PM to 8:00 PM with a Prayer Service at 7:00 PM at ’s Catholic Church. There will also be visitation one hour prior to the funeral at the church. Interment will be at St. Gall’s , Tintah.

Michael Steven Morgan was born November 19, 1956, in , the son of Robert and Jean (Thoennes) Morgan. He was baptized and confirmed at St. Gall’s Catholic Church in , , and graduated from in 1975. He attended and received a degree in Carpentry in 1978. Michael later moved to and worked as a diesel mechanic. From there he moved to and worked with his brother, Pat. Mike and Pat were certified diesel mechanics and were considered the best in their field in the Denver Metro area. Many trucking firms requested their expertise.

In 1998 Mike moved back home to and worked for the Klein Farms near Breckenridge. There he operated a custom combing crew every summer, from up to the . Mike was a very diligent worker and took pride in everything he did.

Mike enjoyed hunting with his family and friends. He was interested in astronomy and the space shuttle missions and had numerous collectable books. He loved to watch the History channel, National Geographic and Discovery. His greatest passion was his work. He enjoyed getting in his truck and hauling John Deere Equipment.

He was preceded in death by his father, Robert James Morgan.

To order memorial trees or send flowers to the family in memory of Michael Morgan, please visit our flower store.