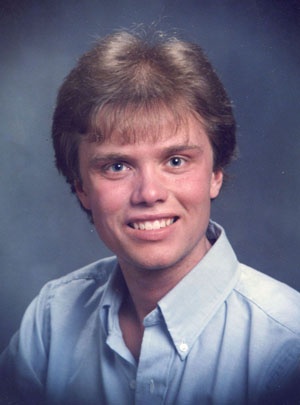 Mike Nelson, 49 of West St. Paul, MN formerly of Breckenridge, MN died April 19, 2012 after fighting a long brave battle with MS. A visitation will be held at Joseph Vertin and Sons Funeral Home, Breckenridge, on Tuesday April 24 from 1:00pm to 2:00pm. A graveside service will follow at Riverside Cemetery in Breckenridge, MN. Pastor Mike Adams is officiating.

Michael Karsten Nelson was born September 24, 1962 in Breckenridge, Minnesota the son of Robert "Bob" & Nana (Nelson) Nelson. He moved to St. Paul as a young child. Mike graduated from Henry Sibley High School in 1980 and St. Cloud State University in 1985. On June 8, 1985 he was united in marriage with Juanita Hernandez at Our Lady in Saint Paul. Mike loved to visit and debate with people. He also enjoyed hunting, fishing and sports.
Mike is the beloved husband of Juanita; loving father of Tony, Anita & Robbie; son of Bob, Nana (Mike) Savoy; brother of Tana of Chicago; grandson of Grace; many cousins, aunts, uncles, nieces, & nephews. He was preceded in death by his grandparents Len, Kussie & Fern Nelson.
Mike served as recreation director for the City of St. Paul.
A special thanks to all those who have helped care for Mike in any way. Memorials to the MS Society or the Courage Center.
To order memorial trees or send flowers to the family in memory of Michael Nelson, please visit our flower store.