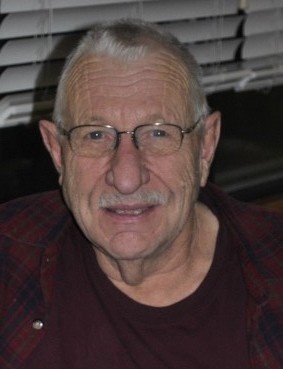 Mike was born in Williston, ND, on October 29, 1945, to Joseph and Virginia (Jorgensen) Seibold. The first two years of his life, he lived in Watford City, ND, and in 1947, Mike and his family moved to Nampa, ID. After graduating from high school there in 1965, he joined the National Guard for six years. He attended a trade school where he received his associate degree as a diesel mechanic and then began working at Campbell Tractor John Deere Co., Nampa.

On October 23, 1971, Mike was united in marriage to Eileen Haakenson in Minot, ND. They made their home in Nampa, ID. In February of 1987, Mike and Eileen moved with their children to Bottineau, ND, where Mike was able to continue working as a diesel mechanic at Olson John Deere, Bottineau. After living in Bottineau for seven years, Mike and his family settled in Wahpeton where he worked as a diesel mechanic at RDO, Breckenridge, retiring in October of 2010.

Mike enjoyed being active in each community he lived in. Subsequently, he developed a well-rounded resume of volunteer work including his time as a Nampa Police Department Reserve Officer and Bottineau ambulance service driver. He was also active in all of the churches he attended, most recently, Inspiration Lutheran Brethren Church, Breckenridge, as a trustee and member of the audio department. Ruby’s Pantry in the Wahpeton/Breckenridge community was another volunteer opportunity that Mike enjoyed. When Mike wasn’t busy volunteering, he could be found woodworking, especially, scrollwork. A genuine neighbor, Mike was always one to stop for a visit or help when needed. But above all, Mike adored being a grandfather and spending time with his family.

He was preceded in death by his son, Eric Seibold; grandchildren, Erin and Oliver; parents, Joseph and Virginia Seibold; and an infant brother.

To order memorial trees or send flowers to the family in memory of Mike Seibold, please visit our flower store.
Open