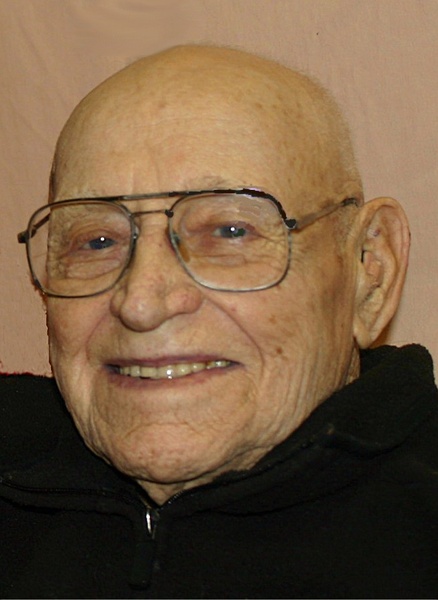 Milton was born on March 7, 1909 north of Kent, MN, the son of Edward and Ida (Ihland) Grenier. He was raised on the farm near Kent by his grandparents, as his mother died when he was five days old. He attended Romey Country School near Kent.

On March 12, 1942 Milton was united in marriage to Wilma Warner at St. Thomas Church in Kent. They lived on a farm near Kent, and later moved into Kent. Milton worked for the Great Northern Railroad, later the Burlington Northern Railroad. He retired in 1974. After retirement he continued living in Kent, where he lived until the last few weeks of his life.

In his younger days Milton was a Golden Glove boxer. Later he loved to tear down old buildings in the Kent and Abercrombie area. He also loved to collect aluminum cans and other recyclables from the dumpster. Milton will always be remembered for his love of gardening, especially potatoes. He also enjoyed fishing, hunting and building things, and always enjoyed visiting with his family and friends.

He was preceded in death by his parents, Edward and Ida Grenier; and his infant son, Mark.

The funeral service will be on Monday, February 11, 2008 at 10:30 AM at St. Thomas Catholic Church, Kent, MN with Fr. Kenneth Popp officiating. Visitation will be on Sunday, February 10, 2008 from 4:00 PM to 7:00 PM with a Rosary at 6:00 PM and a Prayer Service at 7:00 PM at Joseph Vertin & Sons Funeral Home, Breckenridge, MN. There will also be visitation one hour prior to the funeral at the church. Interment will be at St. Thomas Catholic Cemetery, Kent, MN, with military rites.

To order memorial trees or send flowers to the family in memory of Milton Grenier, please visit our flower store.