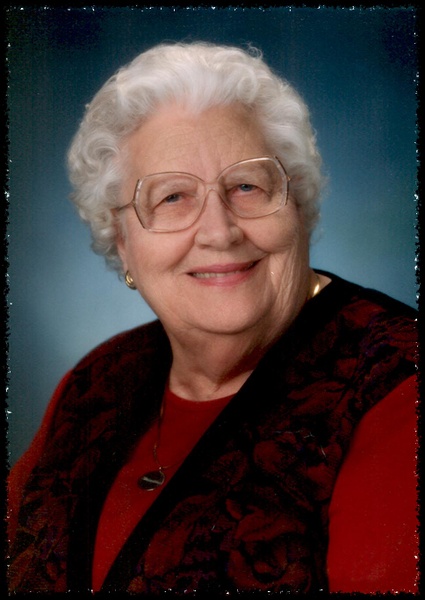 Minnie Miller , 95 of Breckenridge, MN died on September 30, 2010. The funeral is at the Doran Presbyterian Church on Monday, October 4 at 10:00 a.m. Officiating is Pastor Wendell Kelm. The visitation is at          Joseph Vertin & Sons Funeral Home on Sunday, October 3, 2010 from 5 pm. to 8 pm. with a prayer service at 7 pm. Interment is at Riverside Cemetery in Breckenridge, MN. The pallbearers are Jeff Walter, Darin Hanson, Duane Perkins, Robert Layton, Shannon Miller, Ryan Miller, and Joey Rezac. Honorary Pallbearers are all of her grandchildren, great- grandchildren and great-great grandchildren.

Minnie was born on August 30, 1915 to Jurry and Minnie (Ammerman) DeFries in Breckenridge, MN. She grew up and attended country school in Sunnyside Township. She was baptized and confirmed into the Presbyterian faith and was a lifetime member of the Doran Presbyterian Church. On November 1, 1939, Minnie was united in marriage to Howard Miller. Side by side they worked the family farm and raised seven children. When her husband of 33 years passed away, Minnie continued to live in Doran until 1982 when she moved to York Manor in Breckenridge. In 2008 she moved into the St. Francis Health Care Campus where she remained until her passing.

Minnie took pleasure in baking, gardening, canning and enjoyed playing cards with her friends and family. She made sure that everyone felt loved and welcomed in her home. She adored her children and grandchildren and cherished every moment spent with them. She will be missed by all those who knew her.