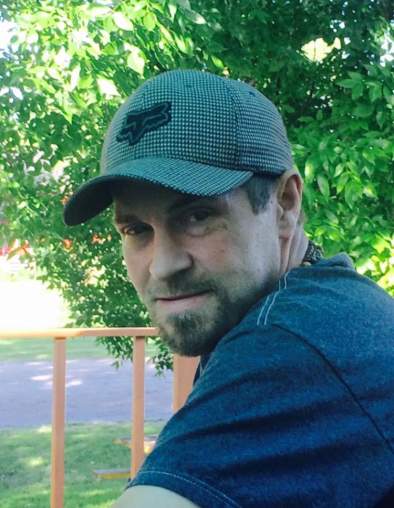 Mitchel Robert Mann, age 39, of Campbell, MN, passed away on Monday, December 21, 2020, at Sanford on Broadway in Fargo, ND. A public visitation will be held on Tuesday, December 29, 2020, from 1 PM to 2PM followed by a private family service at Joseph Vertin & Sons Funeral Home in Breckenridge, MN. The family invites you to view the livestreaming of the service on Mitchel’s obituary page, www.josephvertinandsons.com at 2 PM. Rene Hasbargen will officiate the service. In lieu of flowers, please plant a tree in Mitchel’s honor. Arrangements have been entrusted to Joseph Vertin & Sons Funeral Home in Breckenridge, MN.

Mitchel Robert Mann was born on August 13, 1981, in Breckenridge to Jim and Sybil (Anderson) Mann. He grew up in Campbell and attended C T School from K-11th grade and graduated from Wahpeton High School in 2000. While in high school, he completed the 2-year Carpentry Program at VO Tech.  He also did seasonal work on a farm near Campbell. He attended Sunday School and was confirmed at St. Paul’s Lutheran Church in Campbell.

Mitchel’s interests were wide and varied. At the age of 6, he was diagnosed with Type 1 diabetes. He did not let this hold him back from enjoying hunting, fishing, cars and their stereo systems, music, and computers. After his vision loss in 2005, he continued to learn about whatever new hi-tech way he could to help him. Always looking for the next "talking" tool to let him stay active. He amazed all around him with what he could accomplish. From wiring a light switch to painting a roof, he was unstoppable.

In 2011, he received the great gift of a new kidney and the following year, he met the love of his life Lindy Berg. Immediately they fell in love and their love continued to grow and they were united in marriage on August 30, 2014, in the park near their home in Campbell. He said that was the happiest day of his life. This gave Mitchel a family of his own, which he had always wanted. Lindy’s children loved him so much and he truly was an amazing man to have in their lives. They had many adventures together including a trip to the Black Hills, Valley Fair, flea markets, camping, horseback riding, and riding 4 wheelers and jet skis. Mitch also enjoyed the home yard and garden they worked on together. Every year for their anniversary they planted a tree. He loved nature and animals.

2020 has been a difficult year for all. Mitchel was scheduled to restart dialysis but on November 17, fell ill. He was released from the hospital the day before Thanksgiving, but the following evening was hospitalized in Fargo. As always, he fought as hard as he could, but his body had already been through so much. We feel he went with that bright shining 'Star of Bethlehem' that night. Mitchel had a very positive attitude and told us all, he knew God had everything under control.

He was preceded in death by his sister, Autumn Mann; uncles, John Anderson and Stanley Mann; and grandparents, Ora and Dorothy Mann and J. Maurice and Mayvice Anderson.

To order memorial trees or send flowers to the family in memory of Mitchel Mann, please visit our flower store.